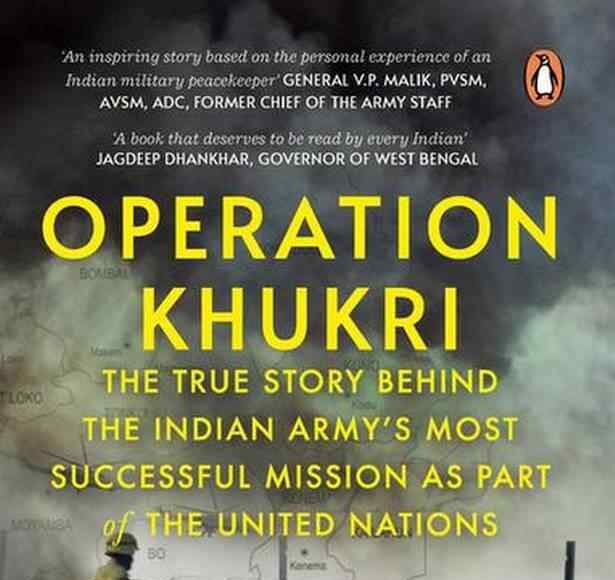 The book is co-written by Major General Punia, and his daughter Damini Punia stated to be released on July 15.

“Operation Khukri: The untold story of Indian Army’s most heroic peacekeeping mission abroad,” printed by Penguin Random House India (PRHI), is the account of the Indian Army’s triumphant rescue mission of covering 200 Indian peacekeepers who were shipped to Sierra Leone in the year 2000 by United Nations to assist the government there in undertaking Revolutionary United Front (RUF), a revolutionary organization. July 13 indicates the 21st anniversary of the operation.

Punia, former CO of the 58th Gorkha Rifles, arranged the procedure, endured the trap of the RUF in extended wilderness battle twice, and restored with all 233 fighters.

“Operation Khukri is a story of survival, courage, and immense love for the motherland. The book ”Operation Khukri” is symbolic of my duty towards the soldiers who I led into battle in a far-off land against an unknown enemy,” Punia, who was decorated with the Yudh Seva Medal in 2002, reported PTI.

“It will give you an insight into how a soldier’s life unfolds, how children long for their fathers, how 233 soldiers faced death without food for close to three months and ultimately chose to die fighting than of hunger,” he continued.

Damini says that the work is certainly a restructuring of Punia’s memories, including an “attempt to highlight the courage and valor of every soldier donning the olive-green uniform in India.”

“It is truly unfortunate that people are not aware of an operation that transpired a year after the Kargil War, an operation where soldiers chose death over cowardice, dignity over two meals, and honor over freedom,” she addresses in the preface.