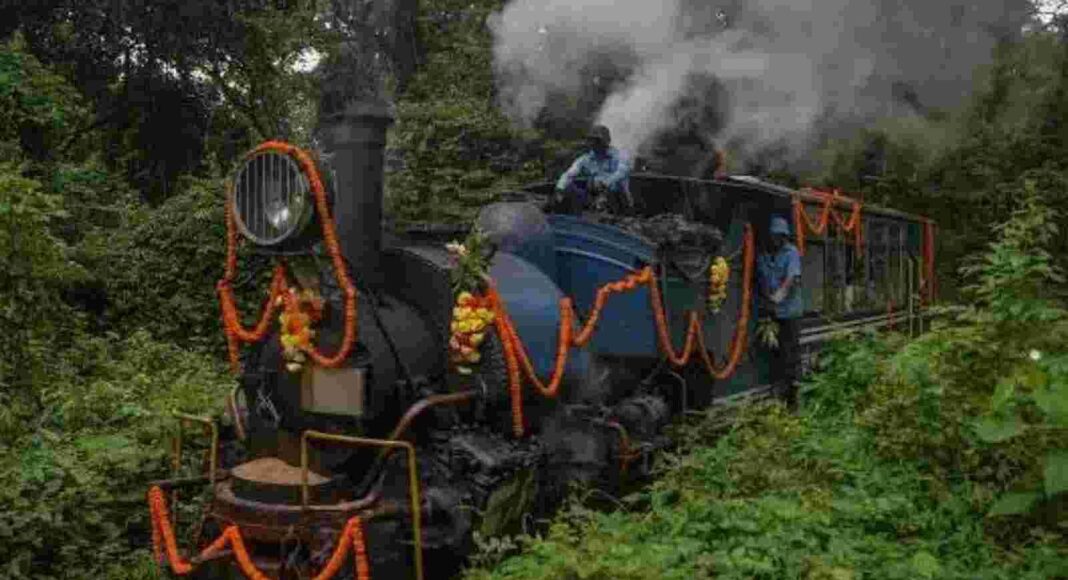 The DHR is under NFR headquarters located at Maligaon in Guwahati.

“The Steam Jungle Tea Safari incorporates amenities such as Vistadome coach and brought by heritage steam engine. The toy train moves through the spectacular attraction of the tea gardens apart from breathtaking landscapes of lower Himalayan ranges. Travelers can experience the on-train services while making celebrations on the wheels. In addition, they can experience the popular Darjeeling tea throughout the three-hour-long journey,” stated Guneet Kaur, chief public relations officer of NFR.

The toy train service was started on August 30 by the NFR to meet the needs of tourists and present a magnificent view to the regional tourism scenario.

It has provisions for 14 travelers in the Vistadome coach. However, supplementary coaches can further be added depending on requirements, Kaur stated.

Vistadome coaches are the latest in India and have high-level specialties such as big glass panes, glass shelters, observation cabins and rotatable seats.

As per sources, the railway department has proposed running the toy train service daily depending on request. The train has several contemporary amenities like a Vistadome coach and a heritage-style steam engine, among others.

“This unique Steam Jungle Tea Safari is an ideal way to celebrate birthdays, anniversaries, and get-togethers. The new service has already received a good response and we hope to attract more and more tourists to the region in the coming days,” Kaur stated.