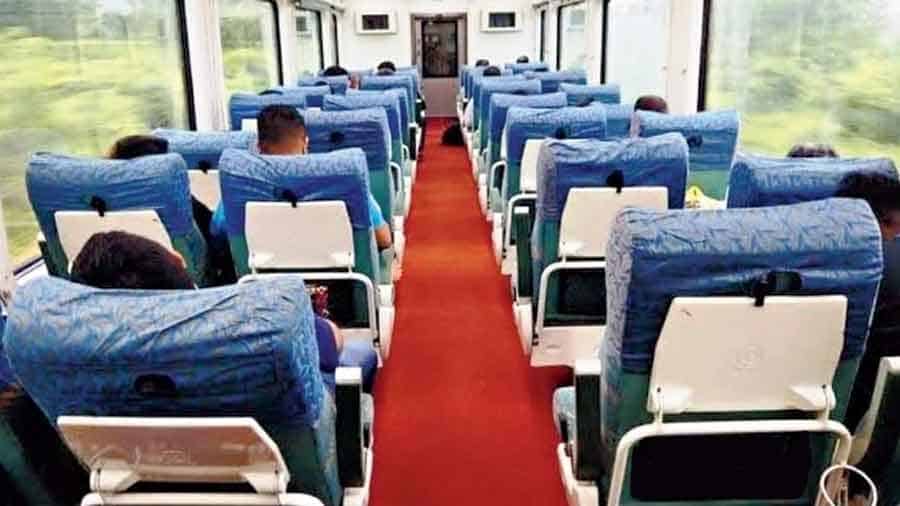 The first train in the northeast region fitted with special Vistadome coaches will leave Guwahati station on Saturday for New Haflong Railway Station and travel through Dima Hasao district’s lands.

This train will be the third in the nation, second within the Northeast Frontier Railway. It will hold coaches that provide a 360-degree panorama of the clear sky, hills, and lush grassy woodlands to the travellers.

“Initiation of Vistadome trains is expected to benefit travellers experience the spectacular attraction and promote the region’s aesthetic heritage throughout the unique adventure. The collective work with the tourism department will serve to support the tourism sector and as strong as the regional economy,” stated Anshul Gupta, General Manager of NF Railway, in Guwahati.

The Vistadome coaches are furnished with state of the art glass panes and all-glass roofs and present a 360-degree view. It additionally has observation rooms for site seeing.

The rotational accommodations of the coach are intended to provide appended convenience to travellers. Coaches are further fitted with digital entertainment systems and Wi-Fi facilities. For the safety of the passenger, CCTV cameras and a fire alert system are similarly connected.

The cost of the special train will start from ₹ 1,150. For the initial days, the train will travel twice a week.

The train will start from Guwahati at 6.35 in the morning and reach New Haflong at 11.55 am. It will have only two stoppages at Manderdisa and Maibong stations.

While returning, the train will depart New Haflong at 5 pm and arrive at Guwahati at 10.45 pm.

Share
Facebook
Twitter
WhatsApp
Previous articleJoe Biden Warns Kabul Airport Attackers: ‘We Will Hunt You Down’
Next articleMan tries to smuggle 17 Kg of Heroin in his car from J&K , gets arrested