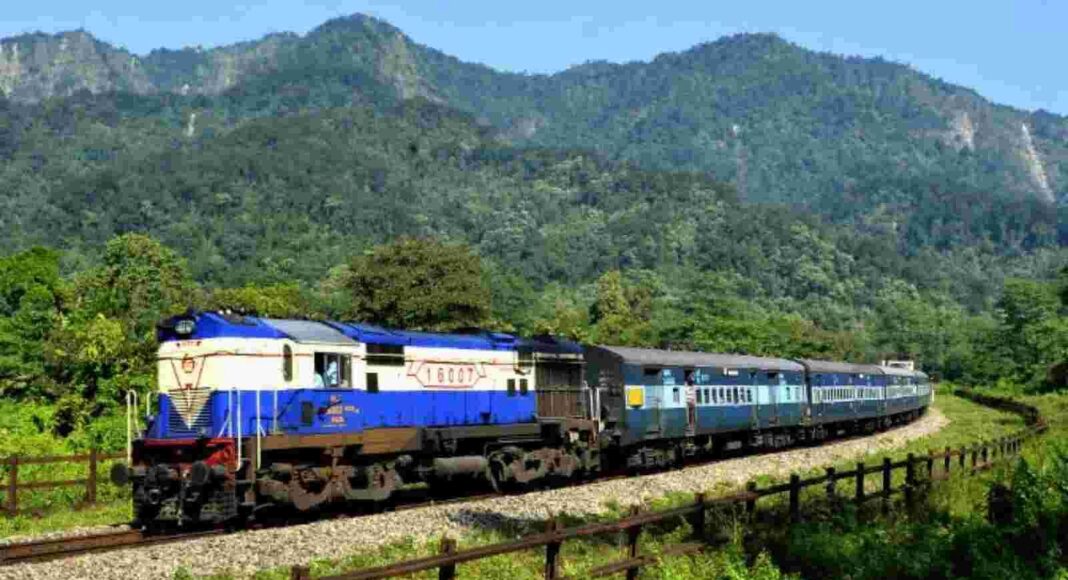 Guwahati: This week, the Northeast Frontier Railway (NFR) has decided to continue special passenger train services between Silchar in Assam and Bhairabi of Mizoram to serve local passengers.

The NFR, in a press announcement, has notified that services of Train No. 05567/05568 Silchar – Bhairabi – Silchar passenger special have been continued as bi-weekly service from September 10.

“The train will depart from Silchar on each Tuesday and Friday at 16-55 hours to enter Bhairabi at 21-00 hours and depart from Bhairabi on each Wednesday and Saturday at 05-30 hours to arrive Silchar at 09-20 hours”, the NFR stated in the press report.

The NFR further notified that services of weekly special train operating between Agartala and Secundrabad had been extended to operate for more than three trips as per existing route, timings, stoppages and work.

As per NFR services of Train No. 07030/07029, Secunderabad – Agartala – Secunderabad weekly special have been extended to run for more than three trips.

They have notified that the details of stoppages and timings of these trains are open on the IRCTC website. In addition, they are further being reported in several publications and social media platforms of N.F. Railway.

Passengers are asked to see these details before commencing their journey.