No sweets shall be cooked until my son returns: Aryan Khan’s mother Gauri Khan instructs staff 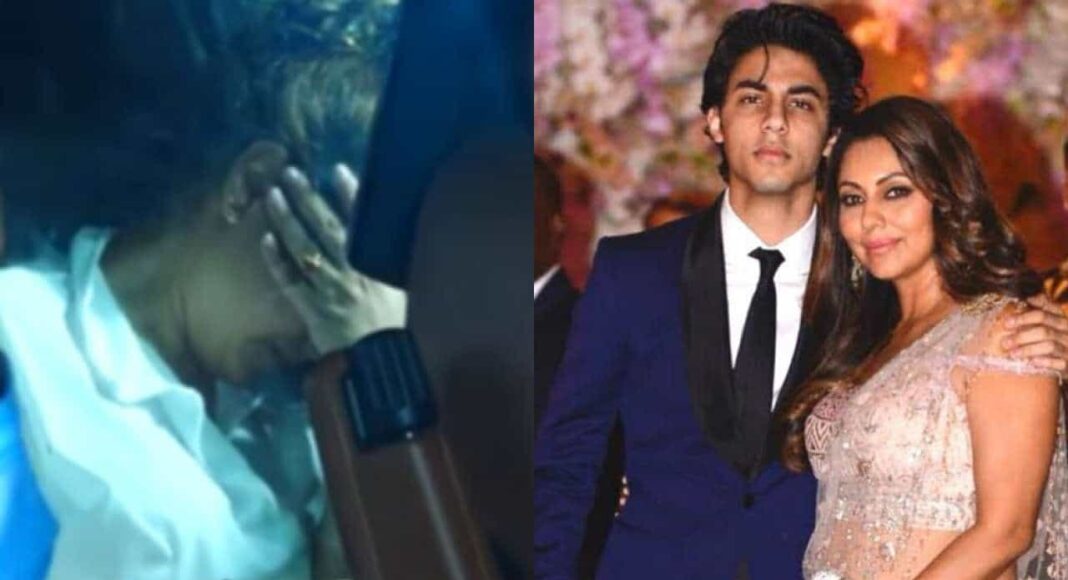 Mumbai: Mannat household is waiting for their beloved son, Aryan Khan. Gauri Khan is spending restless nights as her son remains lodged in the jail for his alleged involvement in consuming drugs at a cruise ship party in Mumbai. Both Shah Rukh Khan and Gauri Khan are in a tense situation as they continue to fight for their son’s release from the jail.

Recently, Gauri kept a fast and special ‘mannat’ during the Navratri and has ordered her cooking staff not to make any kind of sweets in the house until Aryan comes home.

Shah Rukh Khan’s first born Aryan Khan was caught in a rave party which was held in a luxury cruise, Cordelia; the ship was sailing from Mumbai to Goa. Along with him, seven others were also arrested, including Arbaaz Merchant, Munmun Dhamecha, Ismeet Singh, Mohak Jaswal, Gomit Chopra, Nupur Sarika and Vikrant Chhokar.

Both Shah Rukh and Gauri Khan are disturbed at their son’s arrest and are waiting for Aryan’s release. Both are hoping for some good news as they wait for the bail plea hearing that is going to take place today.

Gauri Khan has instructed her staff to not make anything sweet in the house, but recently when she discovered that one of the staff has made ‘kheer’ during the lunch, she immediately put a full stop to it and strictly advised them not to cook sweet until Aryan Khan comes home.

The insider reveals, “Like any mother, Gauri too is extremely disturbed and upset with Aryan’s arrest. From her end, she’s doing all that she can, getting help from her friends and well-wishers. In all the calls made to her, her message has been the same — ‘Please pray for my son’. Even though she’s not highly religious, Gauri has taken to praying day-in and day-out to seek help from the divine for Aryan’s release.”

Earlier, Shah Rukh Khan has even asked his friends to avoid meeting them in Mannat due to media glare and security concerns, the source told media portal, “SRK is on the phone with all his co-stars and industry friends, and has been a solid pillar of strength for his entire family. He firmly believes in letting the law take its course and in all his conversations, he has maintained that he will cooperate in whatever way is required in Aryan’s hearing and inquiry. ‘This too shall pass’ is a line he’s often heard saying to his friends.”

Katrina to apply mehendi worth Rs. 1 lakh for her wedding