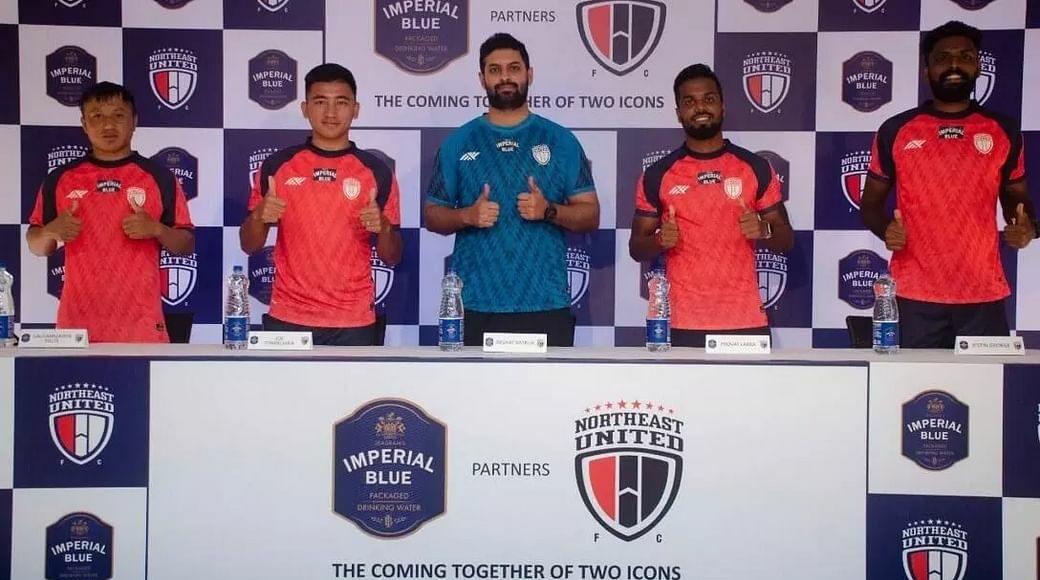 The association will support the club attain new heights, both on and off the pitch , said Club Secretary Mr. Basrur.

Seagram’s Imperial Blue has believed in connecting with the passion points of the youth across the nation. Therefore, this partnership extends an opportunity for both brands to strengthen their youth connect through this elite partnership.

John Abraham owned club is based out of Guwahati, Assam. It will compete in the upcoming Indian Super League in Goa.

Kartik Mohindra, Chief Marketing Officer, Pernod Ricard India, stated, “Imperial Blue believes in honoring the passion points that resonate strongly with our customers. So, this partnership strengthens the region as they follow the progress & the achievement of their most cherished team Northeast United Football Club. Because NEUFC, Imperial Blue is a powerful ally of the customers in their moments of conviviality .The superstars of the team represent a union of ability, passion, ambition, and local pride. We look forward to a great season of football. We wish all the luck to the team for the forthcoming season”.

Moreover, Priya Runchal, CEO of NorthEast United Football Club, stated, “This partnership signifies the growing together of two iconic brands. They have the Northeast consumer at their core. Seagram’s Imperial Blue produces a deep-rooted connection with the customers. Because, it offers experiences ahead of the class. We are proud to have the brand on board and see this as a symbiotic relationship. Cheers to that.”

The new session will be played in Goa. Due to pandemic , fans will not be allowed to attend the event.