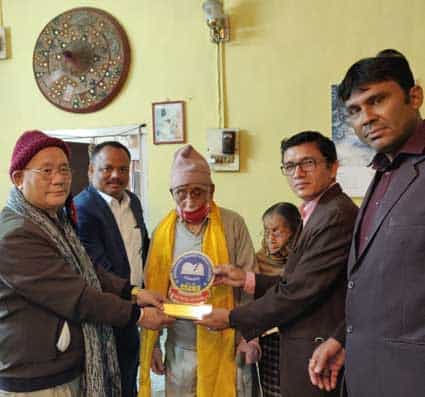 Guwahati: Renowned writer Chandra Borpatra Gohain passes away today at the age of 92. He was suffering from health issues due to his age.

The writer Chandra Borpatra Gohain was a resident of Guwahati’s Kailash Nagar, where he took his last breath.

Gohain remembered his days spent in Arunachal Pradesh between 1953 and 1980 when he received the award.

“I spent an immeasurable part of my life in Arunachal, closely cooperating with the local forms and was influenced by their energetic multi-cultural mosaic. Developing knowledge in the remote regions was remarkably challenging in those times and quite serious, as well. The prize is a perception of my effort and I feel encouraged,” he stated.

Assam’s Chandra Borpatra Gohain is a retired APCS officer. He has penned several short write-up on the stories of various classes living in the inland communities of Arunachal Pradesh.