Nothing is ‘IMPOSSIBLE’: Para-Athlete Soman Rana from Shillong selected for Tokyo Paralympics 2020 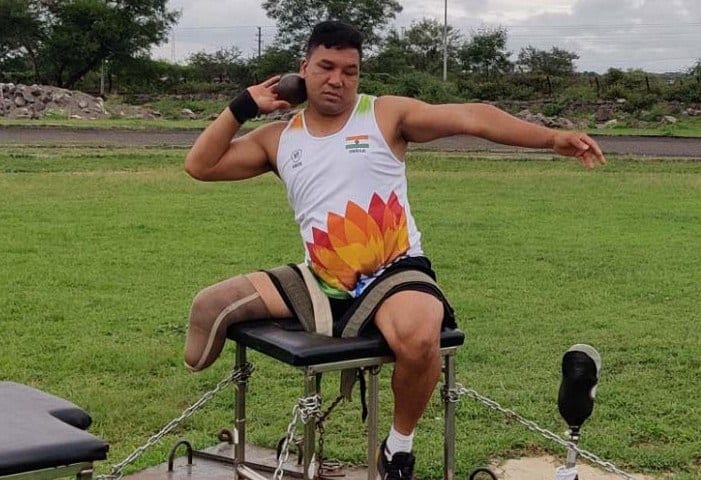 Meghalaya: A big shout out to the Shillong-based athlete Sonam Rana for his selection into the Tokyo Paralympics 2020. Determination makes its way and he sends a positive outlook for all the para-athletes.

The 38 years old athlete belongs to the community of Army Paralympic Node. Bombay Engineering Group (BEG) & Centre, Kirkee (under the aegis of Army Sports Control Board).

Belonging to a humble family, he was not lucky enough to escape the blast attack during his past life. He had suffered a mine blast injury which led to the loss of his right leg while assisting duty with his team on December 01, 2006.

However, losing a very essential part of his body did not turn him into a loser. Rather, Rana found his way through his difficulties. Losing a leg often ends the sports journey of athletes, but in the case of Rana, the scene took a different shape.

Rana decided to get enlisted in the Army Paralympic Node in 2017 and gradually he did. Following this, he was provided with a platform to practice para-sports and promote a positive attitude in life.

Following its raising in 2017, para-athletes of the node have gained 28 international rewards and 60 National commemorations. They expressed and won rewards for India at the Asian Para Games, World Military Games, World Para Championship, and World Grand Prix competitions.

Between all the limitations this year, Rana accomplished a gold medal in Tunis World Para Athletics Grand Prix, two gold rewards, and one silver in XIX National Athletics Para Championship.

Sonam Rana through his accomplishments not simply presented the pride of the nation, but additionally represented an inspiration for all the para-athletes in the Indian Army.

Currently, he has been selected for the Paralympics 2020 and seems to stand out as one of the leading contenders for the competition.