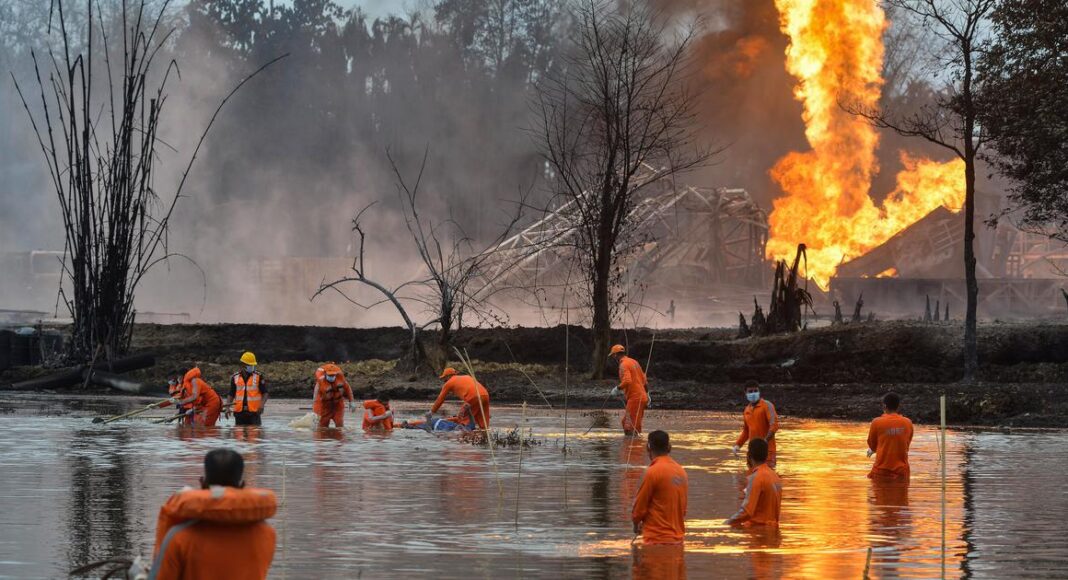 Tinsukia: Six Moran community unions of Assam have doomed the act of lathi charge on protesters in the Tinsukia district on Sunday. The crowd gathered near the Baghajan oil well site preventing Oil India Limited from recovering materials used in the drilling.

Due to the same, the six Moran unions have declared 24 hours OIL blockade program from July 26. During this period, OIL has to stop all digging, production, and transportation-related works, the organizations said. “The protest had taken place because OIL has yet to give full compensation to the victims of the Baghjan blowout,” said the organizations, accusing the PSU of “betraying” the Moran community.

Within a period of 24 hours, the unions have demanded OIL to rig out a complete report on their spending over the years in the Tinsukia district. The Union has prepared a proposal which says to stop all the ‘anti-biodiversity’ works near the Maguri Motapung wetland and also demanded shifting of the 36-inch pipeline across the wetland to some other place. The unions have put forth a proposal to provide treatment for the protesters who sustained any injury in lathi-charge.

On May 27 last year, a natural gas blowout has occurred in the Baghjan Oilfield’s Well No. 5, which caught fire on June 9 resulted in deaths, large-scale local evacuations, and environmental damage.