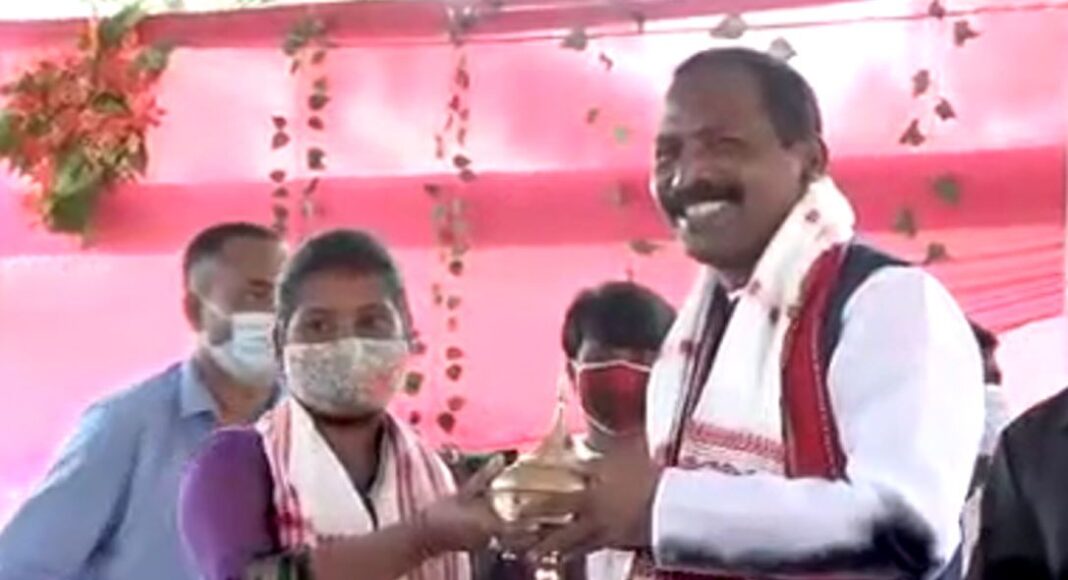 Olympic torchbearer Karmakar has been recruited into the labour department.

The letter was given to Pinki Karmakar by Tea Tribes Welfare & Labour Welfare minister Sanjoy Kishan.

Pinky Karmakar hails from Assam’s Dibrugarh district. She has represented India at London Olympics, 2012 as an Olympic torchbearer.

She was receiving a daily wage of workers at Borborooah tea estate. Her single-day wage counted Rs. 167.

Previously, Assam Chief Minister Himanta Biswa Sarma met Karmakar and promised to support her with all the requirements.

Karmakar said, “I am very happy and need to thank all the media persons who have supported me. It is simply because of you people now I will be able to live a good life. Past nine years, I served in the tea estate and did face several difficulties.”

She added,” I will never forget those days. However, I am very pleased to accept the appointment letter from the government. I want to thank CM Sarma, Labour Welfare minister Sanjoy Kishan and Doomdooma MLA Rupesh Gowala for providing me what I deserve.”