OMG! Weaver weaves saree that gets perfectly fit inside a matchbox 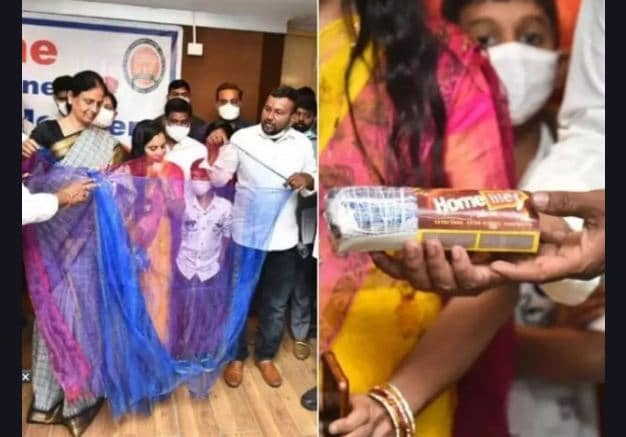 Digital Desk : Indian women’s graceful style draper, the saree, got a new innovation. Thanks to this weaver from Telangana whose art and creativity has made his saree get wrapped up inside a matchbox! You don’t believe it right?

A handloom weaver from Telangana has made this possible. He designed such a saree, which goes comfortably in a matchbox. The photos of this saree have become increasingly viral on social media as well. Also, people are praising the work of the weaver.

That innovative and exquisite saree was also presented to the state ministers KT Rama Rao, P Sabita Indrareddy, V Srinivas and Errabelli Dayakar Rao on Tuesday. The weaver who achieved this commendable feat has been identified as Nalla Vijay, a resident of Rajanna Sircilla city.

Explaining his technique and efforts to make this particular saree, Nalla Vijay said that it took him exactly 6 days to make this type of saree. The saree if made on a machine would have cost around Rs 8,000 and have taken 2 days. But because it was made on a traditional loom and cost Rs 12,000.

Well, what do you feel about this innovative saree? Would you try once?