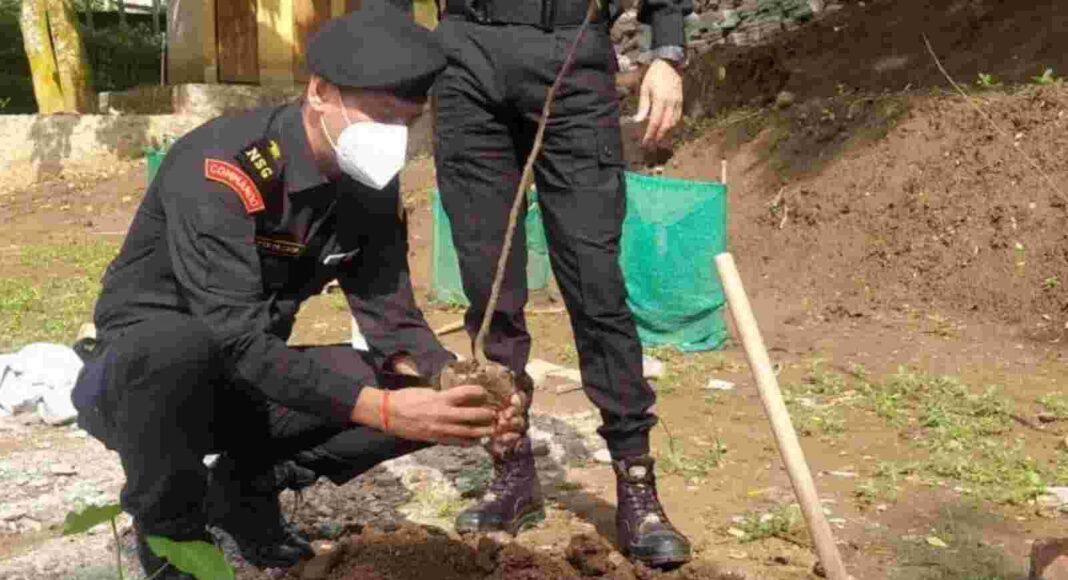 Guwahati: The units of the CISF (Central Industrial Security Force), SSB (Sashastra Seema Bal) under Frontier Guwahati, and the NSG (National Security Guard) under the North-East sector organized a plantation drive for all across Assam.

The occasion was which was graced by the DIG, SSB, Frontier Guwahati, Sonam Bodh onward with the Commandant of 1st Bn SSB, Shiv Dayal, including different senior officers.

All leaders and administrators actively engaged in the plantation approach to support and provide for the larger purpose of ‘Clean & Green India’.

Encompassing 1,100 saplings of different ornamental, fruit-bearing and medicinal species were established throughout this drive. Collectively 368 SSB employees with 109 households and commoners participated in the program.

Mentionable, the CISF has initiated several neighborhood outreach programs like the ‘Swachh Bharat Mission, ‘Jal Shakti Abhiyan’ including the ‘Fit India Mission’ among others from time to time to secure the public consciousness of several leaders of the government.