PM Modi calls for ‘One Sun, One World, One Grid’ to enhance viability of solar power 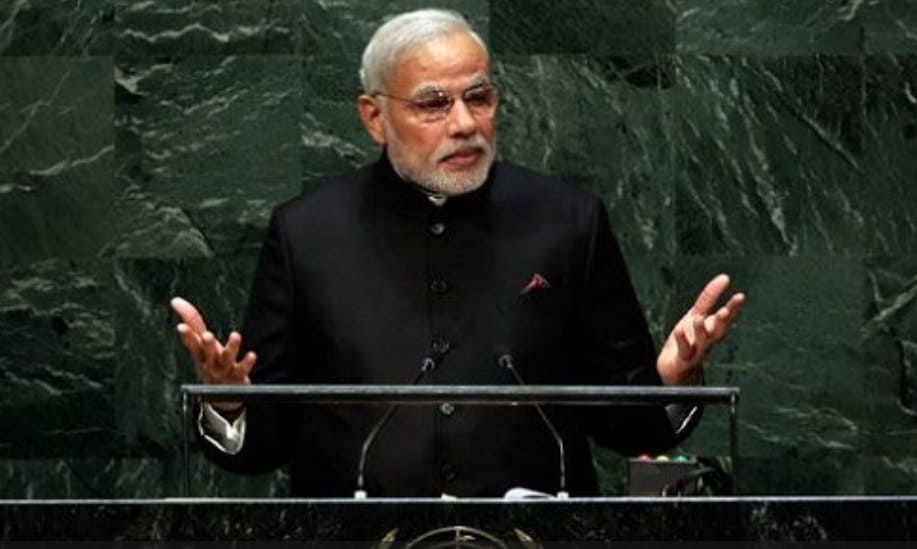 Glasgow: Prime minister Narendra Modi called for ‘One Sun, One World, One Grid’ to enhance the viability of solar power in COP26 event. He also stated that India’s space agency (ISRO) would soon provide the world with a calculator that can regulate the solar energy potential of any area across the globe.

“In India, it has been suggested in the classical text, in the Suryopanishad, that everything is built from the Sun, the origin of all power is the Sun. It is the power from the Sun that nourishes all. Ever since there has been life on earth, the life period of all existing creatures, the daily cycle has been associated with the rising and setting of the Sun,” Modi stated while addressing world leaders at ‘Accelerating Clean Technology Innovation and Deployment’ event.

Modi further said that until this relationship with nature was sustained, the planet stayed guarded and wholesome. But, in the modern era, with the excitement to race first, man interrupted the balance of nature and caused harm to the environment.

“If we need to re-establish a life in equilibrium with nature, the route to this life can only be lit by our Sun. In order to protect the future of humanity, we need go to together with the Sun,” Modi added.

The Prime Minister then stated that ‘One Sun, One World, One Grid’ was the resolution to tackle the challenge of solar power feasible solely throughout the day.

“In one hour, the earth’s atmosphere holds sufficient sunlight to power the electricity required by all human being on earth for a year. This infinite energy is thoroughly reliable and sustainable. The only difficulty is that solar energy is only obtainable throughout the day and is reliant on weather conditions. One Sun, One World, One Grid is a resolution for this very challenge,” Modi stated.

On occasion, he further announced that Indian space agency ISRO would present a solar calculator application to the world.

Through this calculator, the solar power potential of any area in the world can be estimated based on satellite data. “This application will be beneficial in determining the place of solar schemes and will strengthen ‘One Sun, One World and One Grid’ initiative,” PM Modi asserted.

No data of farmers death during protests, so no question of aid: Government