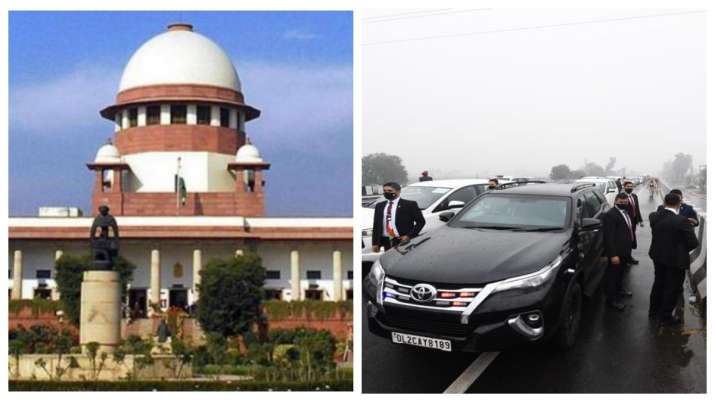 New Delhi : The Supreme Court of India will be take up the matter on PM Modi’s security breach in Punjab as alleged by the ruling BJP government. Last week, Prime Minister Narendra Modi’s convoy was stranded on a flyover in Punjab, for about 15-20 minutes due to a blockade by protesters.

The matter will be heard by a bench comprising of Chief Justice NV Ramana, and Justices Surya Kant and Hima Kohli. The petition seeking a court-monitored investigation was filed by an organization named “Lawyers Voice’.

The plea mentioned ‘PM Modi’s security breach’ a matter of serious concern and a “serious and deliberate lapse” on part of the state government. The organization also demands stern action against the “erring” officials of the Punjab government.

On Friday, senior advocate Maninder Singh, appearing from petitioner’s side argued in the top court that the breach in the Prime Minister’s security is not an issue of the state subject or law and order, and fails Special Protection Groups (SPG) Act.

“The issue of Prime Minister’s protection is a national security issue and comes under parliamentary purview,” Singh further added.

Singh also asserted that the Punjab government failed to carry out their responsibilities in providing security to the country’s Prime Minster even after receiving all data about PM Modi’s arrival.

PM Modi’s security breach has become a national debate with political parties jumping onto the bandwagon to blame each other for the incident.

Also read: 225 companies of the central security forces shall be deployed for UP assembly elections

Many leaders from the Bharatiya Janata Party have targeted the Congress led Punjab Government, alleging details of PM Modi’s route were shared with the leaders, but then they shared it with unauthorized parties, which led to the blockade.

Though the protesters have denied all the above mentioned allegations and have reiterated they knew nothing about PM Modi’s convoy coming through the flyover for the Ferozepur poll rally.