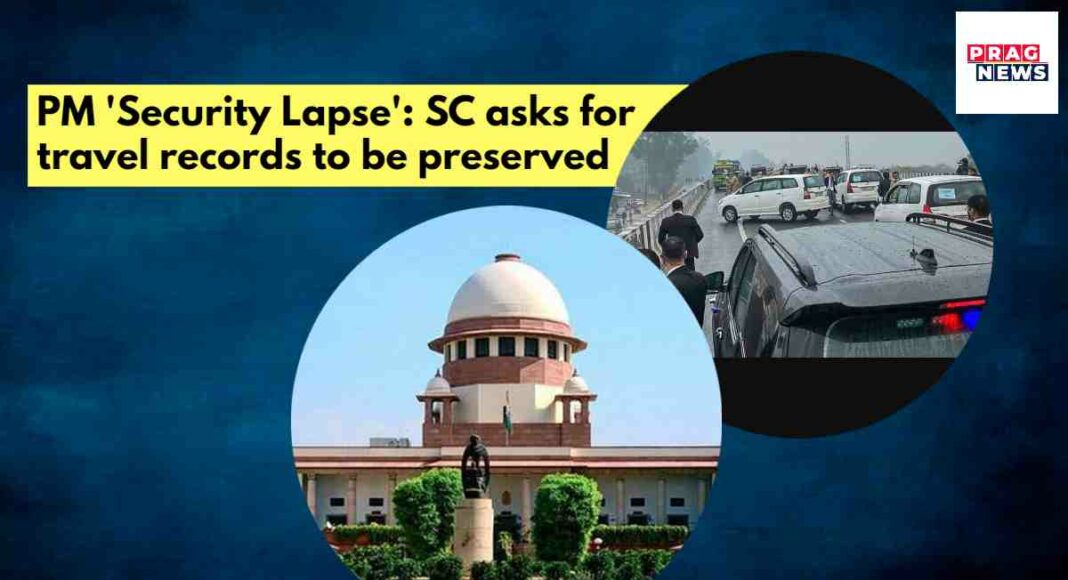 Digital Desk: The Supreme Court of India (SC) directed the Punjab and Haryana High Court’s Registrar General to preserve the travel records of PM Modi’s security lapse. On Wednesday, Prime Minister Narendra Modi was stuck on a highway in Punjab for 20 minutes, following his halfway return.

The Centre said SC that the PM’s security lapse is a “rarest of the rare” incident that could drive possible international humiliation. The Centre also backed a plea demanding an investigation by the National Investigation Agency (NIA).

SC has asked the Punjab and Haryana High Court’s Registrar General to ‘keep all records in his safe custody.’ Moreover, the Supreme Court stated that the Punjab police, the Protection Group (SPG) and other centres and state agencies are to “cooperate and provide crucial service.”

“The incident formed a remarkably severe concern for the PM’s protection,” Solicitor General Tushar Mehta stated, advising the Supreme Court to reach for records linked to PM Modi’s visit and safety in Punjab on Wednesday.

Also Read: What does return of PM Modi from Punjab’s Ferozepur indicate?

Mehta further added, “Both the Punjab government and the police were liable for the security setback… There’s also the possibility of cross border terrorism. This incident is something that ought to have been avoided. It’s a matter of possible international humiliation.”

Punjab is already a sensitive frontier state, and terror attacks by nations on the other side of the border have been documented in the past. With the state’s Assembly elections coming up in a few months, P C Dogra and Praveen Dixit, former IPS officers, expressed it is the state’s accountability to ensure the security of all leaders.

PM Modi’s halfway return from Punjab’s Ferozepur will possibly bring several new changes and scenarios in politics. The call for a meeting between farmer leaders and PM Modi seems to be a very crucial aspect for the state of Punjab ahead of upcoming by-polls.