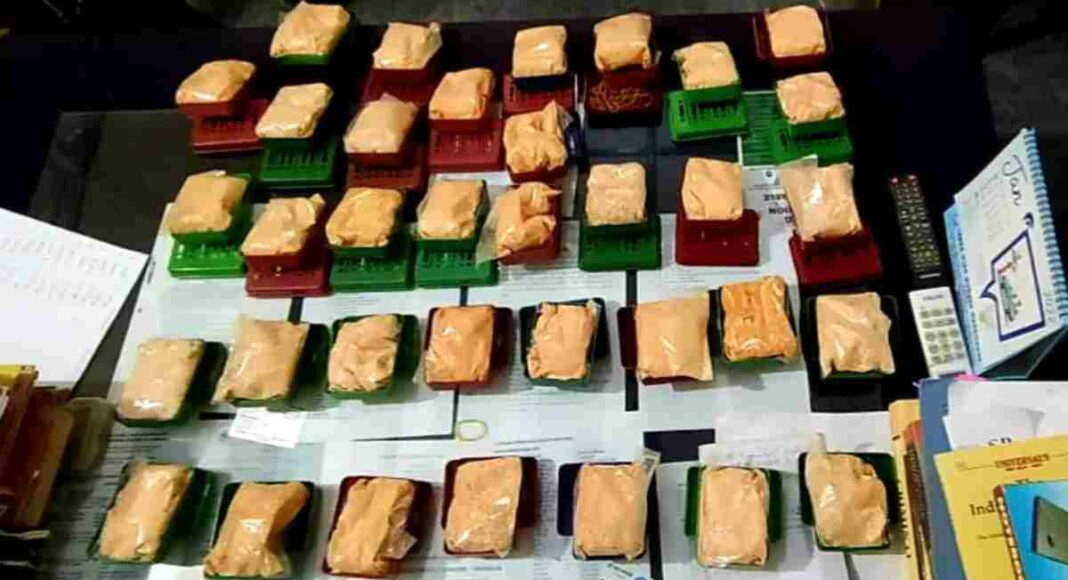 The arrested individuals have been identified as Mariyam Basumatary (30) of Hatipatiashantipara village in Tezpur, Assam, and Choti Rapung (18) of Seppa, East Kameng district.

As per sources, the market worth of the seized contraband will be around Rs 1.25 crores.

The SIT, headed by its SP Rohit Rajbir Singh and OC, Inspector Ngilyang Lali, obtained secret spying regarding the movement of a huge quantity of the prohibited contraband, heroin, from Dimapur (Nagaland), via Assam, to Arunachal Pradesh using public transport.

After formulating this data for over a month, ultimately, on 12 January, the SIT unit, consisting of Inspector Ashok Tayeng, SI Chuman Chena, constables Dawa Dorjee, Nyamar Riba, Tagiam Giba, (D) J Sikom, L/C Sahin Ansari, and L/C Sonam Chiriju executed an operation to apprehend these two drug dealers as they were coming through a night super bus of the Blue Hill service running from Dimapur (Nagaland) to Naharlagun.

Police also added, “Raids are being conducted at various locations in continuation to this operation. A case under relevant sections is being registered, and further interrogation is being carried out.”