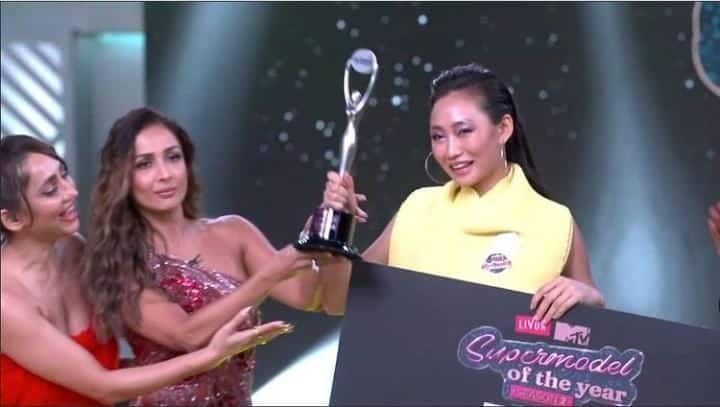 Despite evolving from a traditional and patriarchal community, Roshni won the championship. She managed to demonstrate that the most influential power you can have. She has asked all to be “Unapologetically Yourselves.” The topic was brought to life in Supermodel of the Year 2, with the crucial message that it’s time we stop shaming ourselves for our preferences and expectations.

On October 24, Roshni Dada became the winner of MTV Supermodel of the Year Season 2. Also, the model is a B.Sc Nursing student from Jeju Dada village in Arunachal Pradesh’s East Kameng district.

Roshni Dada discussed her time exclusively on Supermodel of the Year 2. She also spoke about her favourite moments from the programme and her future ambitions.

Addressing her journey on the show, Roshni stated, “The journey was quite memorable. I learned a lot of things. Everything was new for me because I have never been a professional model before. And, enjoyed every bit of it.”

Roshni shared, “I have encountered so many people who didn’t know there is a state called Arunachal Pradesh. Even my co-contestants…Mona, who is from Nepal, didn’t know about my state. I told them about it. Many of them know that Arunachal Pradesh exists but don’t really know about the state. I told them about our culture, what we do there, and about the people. Everyone watches this MTV show and people will know about my state through me. So it’s kind of a big thing.”

The additional finalist of the show Iksha Subba hails from Sikkim North East. Subba is a police officer, a motorcyclist, and a boxer. Odisha’s Swapna Priyadarshini is the other winner from the show.

‘Spider-Man: No Way Home’ to release a day earlier in India

Can UP’s recognition for film shooting be a drawback for Mumbai film city?