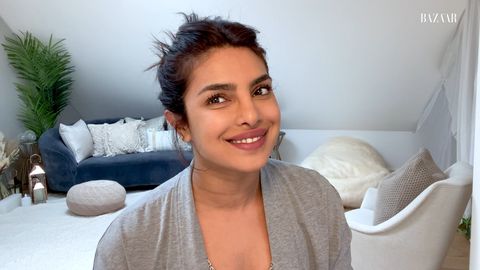 Priyanka owns properties in several cities such as Mumbai, Los Angeles, and Goa. According to a new report, Priyanka sold two apartments for a combined ₹7 crores. A residential unit located on the seventh floor of Raj Classic, Versova, Andheri (W), was sold for ₹3 crores in March, while another unit on the same floor, but with larger square footage, was sold for ₹4 crores.

Priyanka leased a second-floor office property located in Vastu Precinct, Oshiwara in Andheri West, for ₹2.11 lakh per month in June. The office is spread across an area of 2040 sq ft.

Priyanka and her husband, Nick Jonas, own a $20 million house in Encino, Los Angeles. According to the Wall Street Journal, which first broke the news of their purchase, Nick and Priyanka’s house contains a two-lane bowling alley, a mirror-walled gymnasium, a wet bar, a movie theatre with a screen of IMAX proportions, and an indoor basketball court. There is also a lounge/games room underground with a pool table.

According to a report, Jacqueline Fernandez recently moved into Priyanka Chopra’s old Juhu apartment. This is the same house where Priyanka lived when she tied the knot with Nick Jonas in 2018. It is located in a building named KarmaYog, and is valued at ₹7 crores.