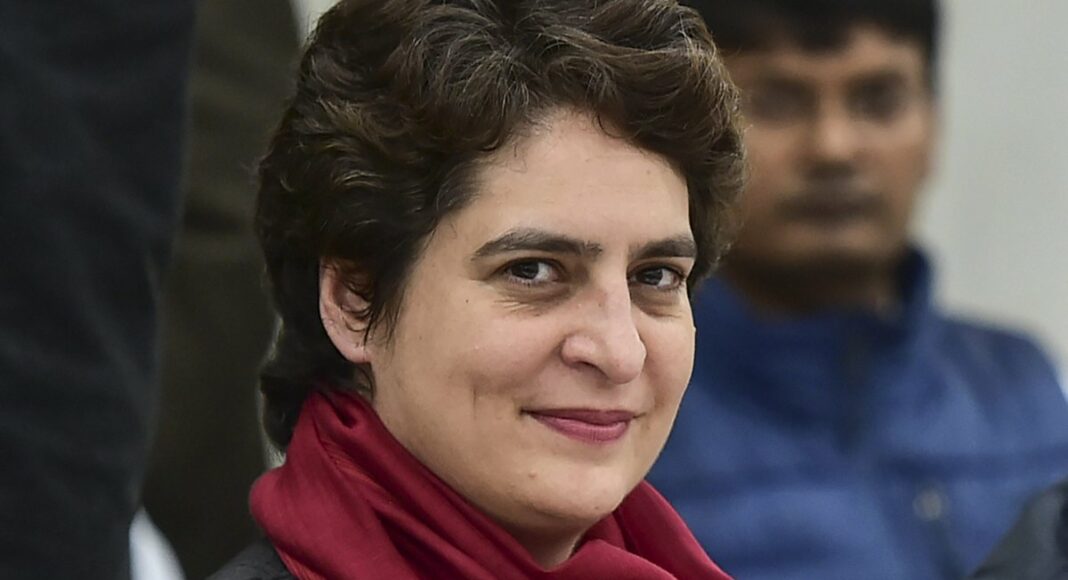 Guwahati: Indian National Congress General Secretary Priyanka Gandhi will be visiting Assam today and launch the party’s campaign for the upcoming Assembly Elections. As per sources, the Gandhi scion is slated to visit Lakhimpur and Biswanath districts.

Priyanka Gandhi will be reaching Guwahati at 8:30 am as per itinery, following which she will head towards Kamakhya Temple to offer prayers. She will then fly to North Lakhimpur and visit Sonari Gaon Panchayat.

Gandhi is also scheduled to meet PCC OB’s, DCC Presidents, BCC Presidents, Mandal Presidents, Senior leaders, Frontals of ten districts in the North Bank and Upper Assam region in North Lakhimpur College playground. It is been reported that Priyanka Gandhi will be holding a protest for unemployed youth of Lakhimpur, thereafter she will be visiting the birthplace of Sri Sri Madhavdev in Letekuphuri. During her two day stay in the state, Gandhi will address a mega rally on March 2 in Tezpur.

Later, she will move towards Biswanath district where she would visit Gohpur town, pay homage to freedom fighter Kanaklata Baruah statue, and interact with tea garden women labourers and Selh-Help Group members.

On March 2, she will meet more women labourers at the Sadharu Tea Estate, Biswanath. She will also visit Mahabhairav Temple in Tezpur Town. Gandhi will then depart for the national capital.