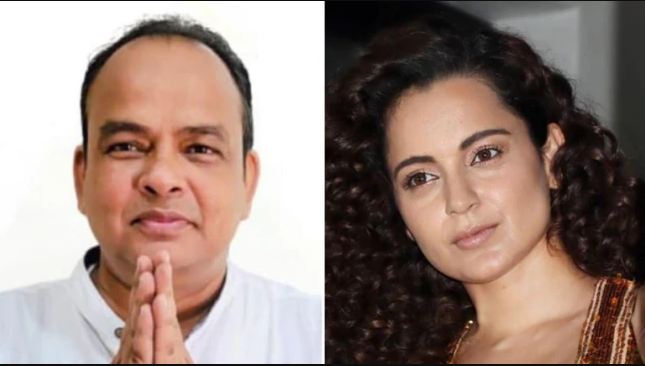 Digital Desk : Congress MLA from Jharkhand Irfan Ansari has once again riled up a storm by his statement. In the latest comment, the Jamtara MLA remarked, “I Promise, will make the roads of Jamtara as smooth as actor Kangana Ranaut’s cheeks.”

In a video taken purportedly by him, shows Dr Ansari repeating the words, saying that he will make the roads of Jamtara smoother than the cheeks of film actress Kangana Ranaut.

Also read : Weird: Man thinks his ear is blocked, upon scratching finds a cockroach inside

Going on to attack the previous government of neglect towards the constituency in Jharkhand, the Congress leader said that such roads would have never been built during the BJP rule.

“BJP had done the work of looting the state,” he alleged.

Dr Irfan Ansari further said that people were facing many diseases due to dust, so he had decided that whenever his government is formed, he will do development work for the natives.

“Now, I have got 14 roads approved in the Hemant Soren government. The roads have now gone for tender, soon the construction work will start,” he said.

It is worth mentioning that RJD supremo and former Bihar Chief Minister Lalu Prasad Yadav had also claimed many years ago to make the roads of Bihar like the cheeks of Bollywood actress Hema Malini. There was a lot of controversy over his statement.