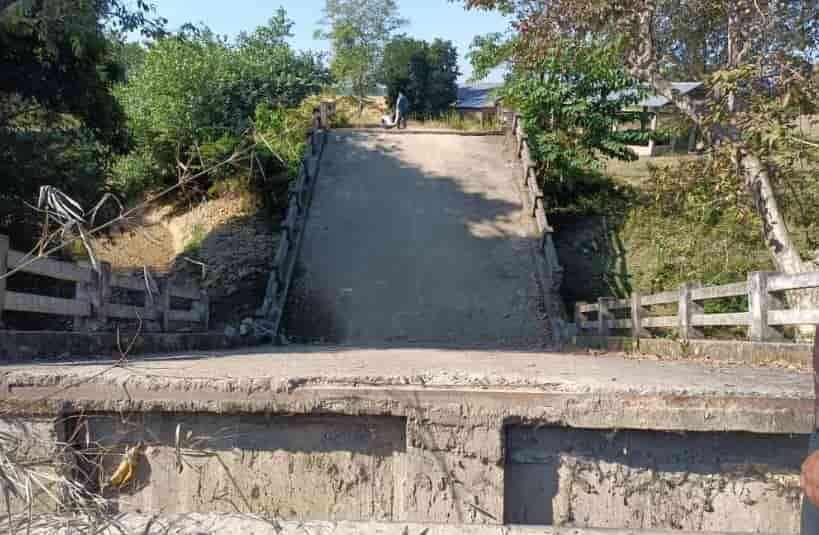 Sivasagar: Sensation spread in Nazira when a connecting bridge between Dawki Ali and Mechagarh collapsed owing to poor constructional practices.

The bridge constructed by the Public Works Department of Sivasagar, was not opened officially for transportation owing to some constructional abnormalities on the bridge. The construction was completed four years ago.

Even after not properly opened for public use, locals continued to move across the bridge.

No reports of injuries have been reported yet. An inquiry has been initiated for the same.