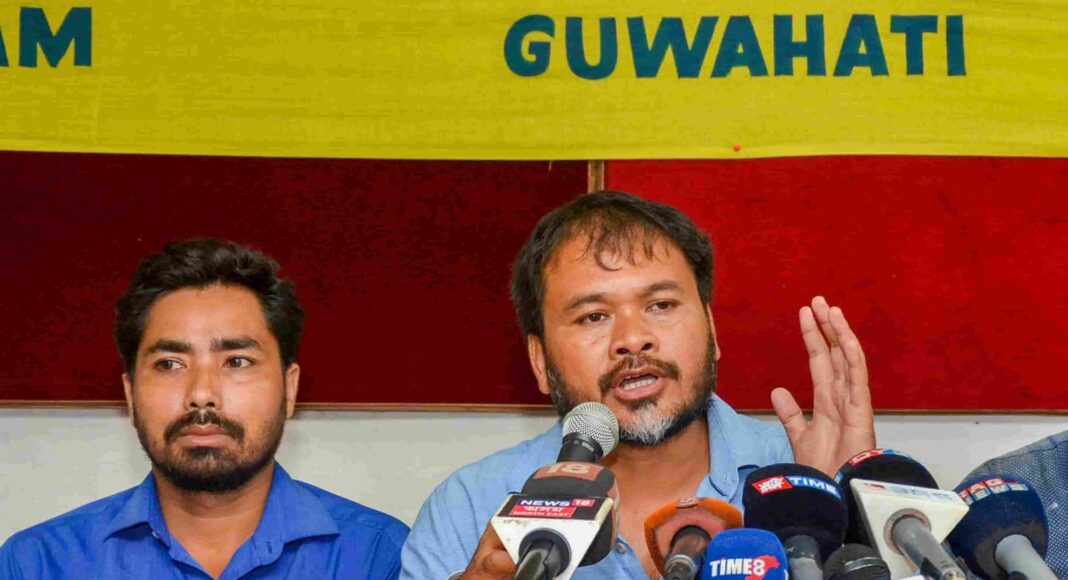 On Tuesday, a press release stated that former general secretary of Krishak Mukti Sangram Samiti (KMSS) Dhoijyo Konwar would be the Rajior Dal’s party candidate for the by-polls.

Advocate Krishna Gogoi, a chosen candidate of CPI for the by-polls, advocated previously for Akhil Gogoi and Dhoijyo Konwar to release them from their charges. But, presently, they will be contesting as opposition from two different parties in the upcoming by-elections.

While addressing the media, Sibsagar MLA Akhil Gogoi said that the present BJP led government is bankrupt. This State government is governing with the relief of donations.

Akhil Gogoi commenting on Sushanta Borgohain, former Thowra MLA, said that Borgohain is unreliable. Borgohain has left Congress and has joined the BJP party after winning a seat in Thowra under congress party ticket.

Gogoi also asks which party would Borgohain join if BJP loses its base in the upcoming 2026 elections.

Akhil Gogoi raised questions on Sushanta Borgohain and his contribution to the development of the Thowra region when he served as the parliamentary secretary of his home constituency back in 2011.

The dates for the upcoming by-elections of the Thowra constituency are yet to be declared. In 2021, Sushanta Borgohain of Indian National Congress won the seat by beating Kushal Dowari from Bharatiya Janata Party.