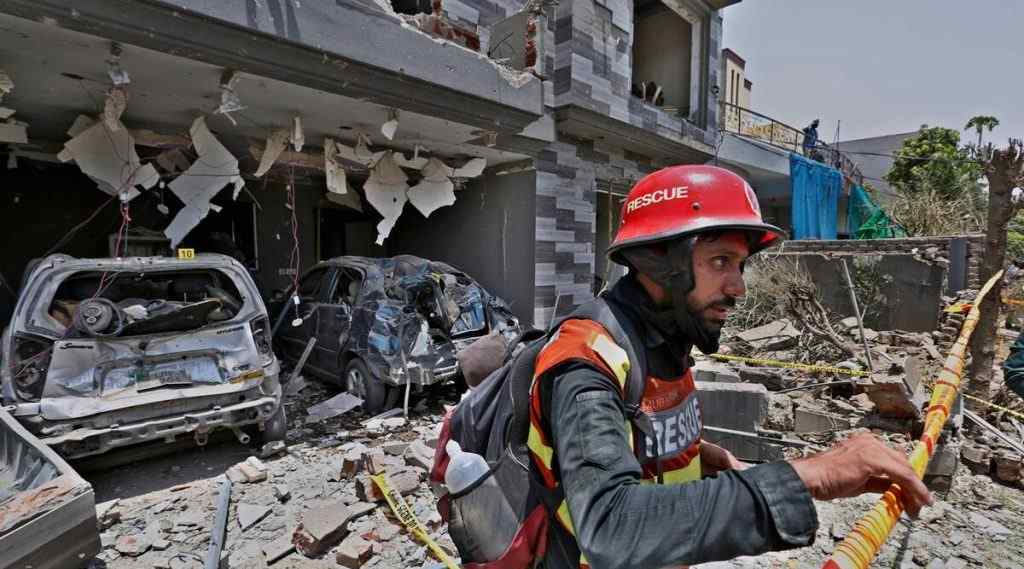 Pakistan’s National Security Advisor, Moeed Yusuf, informed journalists in Islamabad that the genius of the outbreak that killed three people and injured 24 “is an Indian citizen. He is also connected with R&AW (Research and Analysis Wing)”.

Through a Twitter post, Prime Minister Imran Khan claimed that the “planning & financing of this heinous terror attack has links to Indian sponsorship of terrorism against Pakistan” and asked the “global community” to prepare foreign organizations against this criminal conduct.

There was no official reply from the Ministry of External Affairs. However, sources informed The Indian Express that the Pakistani charges were “baseless” and “false.”

The Pakistani Information Minister Fawad Chaudhry stated: “I want to make sure that our message is heard very clearly, about this particular incident on June 23 in Lahore.”

“We have concrete evidence and intelligence, including financial and telephone records, that point to direct Indian sponsorship of these terrorists.”

Yusuf declared on Sunday that the time of the Lahore attack including saw thousands of organized cyberattacks on Pakistan’s database. “The cyber attacks were carried out so that our investigation could not be successful, and it would face obstacles and time could be gained for the network to disperse,” he stated.