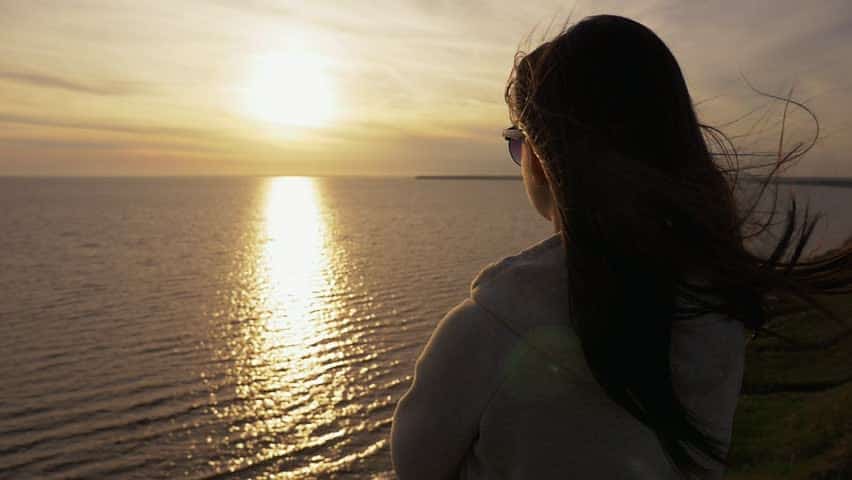 Guwahati: A recovery story is a messy thing, it has dozens of beginnings and no final ending. The conflict inside is deep, drama is internal but, externally there’s a lot more inaction than action. Personally, one hides in the shadow much of the time, because of which people can’t see what’s going inside you.

Depression. The word we throw around so easily nowadays; word we describe anything from a bad day to an inability to live life. But no one knows how it feels to have this, it is much more than any one word can describe. Slowly and steadily, it takes over a person’s life to the point where they forget how it all actually began.

Depression is a mood disorder that involves a feeling of sadness and loss of interest which is persistent. Major life events, be it bereavement or loss of job or breakups can lead to depression.

It is an ongoing process, consists of episodes during which the symptoms last for at least 2 weeks, or months and sometimes even years.

Through my teenage years, depression went underground. Feelings were dangerous, there were almost no signs of reactions to anything, even while churning with fear and anguish.

It was in my 20’s that I broke open, and streams of depression, panic, anger, fear flowed out.

“Why are you being so moody?”

“Why do you cry so much, crybaby?”

“Suddenly you seem more cheerful and happy than usual?”

“People like you should be put in a mental institution”

Wondering why would someone say such hurtful things to another person? Well, “abnormal” people have to hear these questions and statements daily from people who are “normal”. Abnormal people, as said by people is like a road trip that you never decided to take, where you are forced to drive without a GPS. Getting diagnosed with Bipolar Disorder was the beginning of one such road trip for me which started in 2019.

I had always been a troubled child, an overthinker of even pity things that might not even matter to others. I have found myself in a therapist’s cabin quite often but known by none. In one such visit to the therapist, after responding to several tests and many questionnaires, I was told that I have a mental illness, BD 2, and anxiety disorder, and if I don’t start medication soon, my condition might degrade. Strict instructions by my doctor said that I should tell about my problems to at least my parents and friends.

People comment on my weight. My parents worried about me, about how will people treat me when they come to know about my illness, etc. My close friends check on me regularly to see if I’ve taken my medicines or not.

People who know about me having Bipolar say to me that I seem to be pretty normal. But well mental illness is not a physical wound that that can be seen externally. Have I recovered completely? No. But I have learned to manage my life, myself and accepted Bipolar to be a part of it.

Acceptance is the most difficult part of having a mental illness. It took me months to accept that I have a mental illness that will need years to be cured. I started doubting myself that how will I achieve my goals when I am mentally ill.

At the age of 19, I realized that I’m suffering from this but have faced things that one cannot even imagine at a very young age of 10. I was sexually harassed by my own uncle, at that time I didn’t realize what actually happened, but I was shattered and didn’t talk to any human being, didn’t go to school, and stopped talking to my parents as well.

That night I was sexually assaulted by my uncle, whom I trusted. Looking back, I remember shuddering, but most of all, I remember the paralysis, the terror, the intrusion, and the pain. I have a vivid memory of myself in that cold room saying, “I need to go. I really need to go,” and how those words carried no value. My body felt so heavy, my muscles so weak. I used every bit of strength I had to pull myself away, but it wasn’t enough. Their hands overpowered me, and I couldn’t break free. I closed my lips and bit them as hard as I could. My blood was boiling, my skin sweating; all of this seemed like a fever-induced hallucination.

When I used to think about what my life might someday be like, I never once pictured myself as a victim. I desperately wanted to push this night away and pretend like it never happened.

Days went by, the school came to an end, and I forget about it.

After leaving school, when I joined the college in Mumbai, I realized there is something, there are things that have changed. There was emptiness. I stopped talking to my friends, stopped meeting them etc etc…

I checked on a psychiatrist and released about my problem, about the mental illness I was suffering from, it isn’t as bad as it sounds. I am grateful that I have Bipolar. It helps me get a better insight into the lives of others who have mental illnesses, which in turn helps me help them.

After three years, I’m stable, but there do come moments when the symptoms of my illness interfere with other aspects of my life. Regular consultation and sessions with my psychiatrist and psychologist help me stay stable and deal with relapse. Also, I have a very strong support system in the form of my parents, my best friends. I am grateful for them being a part of my life. I started working in the corporate sector as a journalist with my best friend, which acts as another anchor and gives me peace and stability.

There are some negatives and positives of everything that happens in life, we just need to find our light at the end of the tunnel. I dedicate this article to all those who had to take up this road trip. May you find your GPS soon.

BEST DEVOTIONAL BOOKS TO READ: A ROUTE TO TRANQUILITY