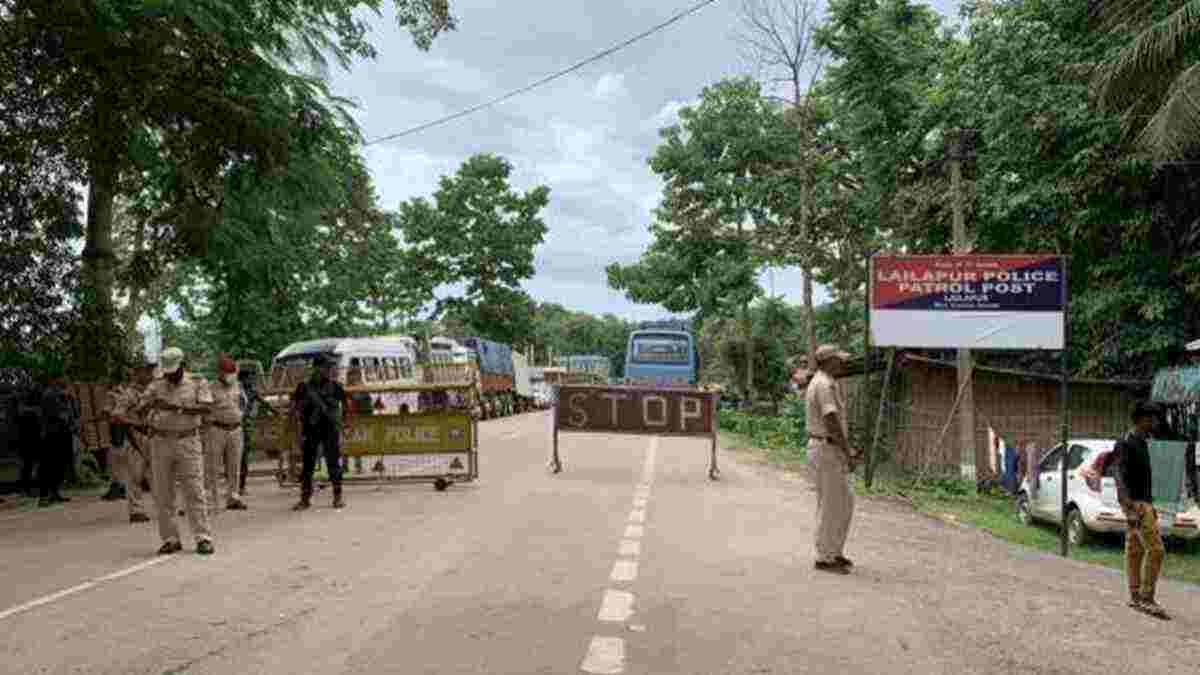 Digital Desk: According to a senior official, the Assam government dispatched an official team to a remote village in Hailakandi district near the state's border with Mizoram on Wednesday to verify claims that people from the neighbouring state were allegedly encroaching on Assam land and cutting down trees for jhum cultivation. According to Hailakandi Superintendent of Police Gaurav Upadhyay, a joint civil administration team, police, and the forest department was dispatched to Gutguti in the Ramnathpur police station area to verify charges of encroachment. "On Tuesday, we received reports from some locals of alleged encroachment in a very remote location. To verify their claims, a team has been sent to the site during the day," he said. Also Read: Wife of David Beckham, Victoria has been eating this same meal for the last 25 years According to Upadhyay, the crew has yet to return to the district headquarters, and complete facts about the alleged encroachment would be available only once they submit their report. "At the present, we can't tell if this is an intrusion or if they were clearing trees on the Mizoram side for jhum farming." "When our staff returns from the site, we will take action based on their findings," he added. During the previous several days, persons from Mizoram have chopped down around 100 trees to make a route to a spot for jhum farming in a wooded region in Gallacherra on the Assam side, according to local reports. Following a "low-intensity bomb" near the Baicherra advance outpost of Assam Police and the arrest of a Mizoram Police soldier for his claimed participation in the event, tensions between Assam and Mizoram along the inter-state boundary in Hailakandi district erupted on October 29 last year. On July 26, last year, a simmering border issue between the two northeastern states exploded into a brutal confrontation, killing at least six Assam police officers and one civilian and injuring more than 50 others. On November 24, a group of senior officials led by Hailakandi DC and SP went to a reserve forest in the remote Haticherra hamlet on the Assam-Mizoram border to inspect a spot where Mizoram was reportedly constructing a road on the Assam side. The National Human Rights Commission (NHRC) issued notifications to the Centre, Assam, and Mizoram on August 22 last year, citing "severe violations of human rights" in the fatal border battle between the two northeastern states in July. Cachar, Karimganj, and Hailakandi in Assam share a 164.6-kilometer border with Mizoram's three districts of Aizawl, Kolasib, and Mamit. The long-running controversy stems from two British-era notifications: one from 1875 that distinguished the Lushai Hills from the plains of Cachar, and another from 1933 that established a border between the Lushai Hills and Manipur. Mizoram is adamant that the inter-state boundary be drawn in accordance with the 1875 notice, which is a corollary to the Bengal Eastern Frontier Regulation (BEFR) Act, 1873. Mizoram politicians, on the other hand, have argued against the 1933 delineation notice, stating that the Mizo community was not consulted, although Assam wants the notification to be implemented. PTI ACD ACD TR ACD