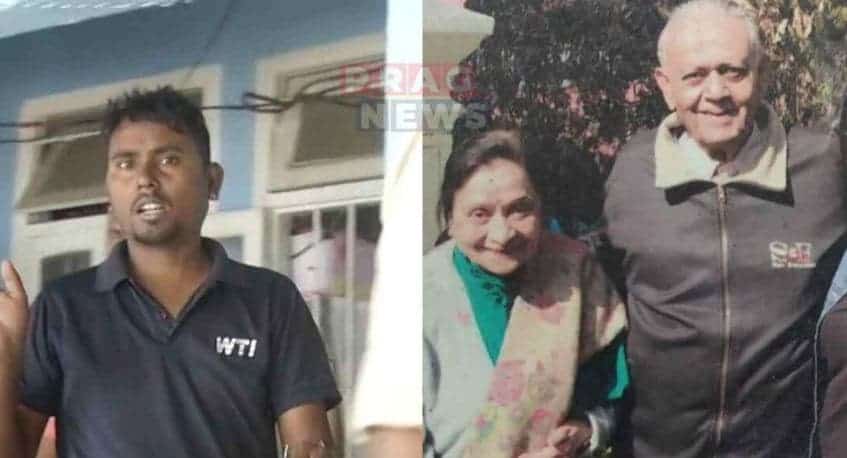 Digital Desk: The killer Akash confessed to killing the elderly couple Nanigopal Baruah and Meena Baruah of Chandan Nagar in Beltola in the month of October last year. The couple lost their lives at the hands of Akash Chaudhary who was raised like their own child. The Assam police today filed a charge sheet of the brutal murder which has created a sensation all over the state. Several shocking instances have come to light in the complaint filed by the police. Paragraph 9 of page 2 of the charge sheet mentions some important facts about the murder. According to information, victim Nani Gopal Baruah was illegally in contact with accused Akash Chaudhary's wife, Putu Das. Police have revealed that even Akash's wife, Putu Das has confessed to having an illegal relationship with Nani Gopal Baruah. Police said this was the main reason for the murder of the Baruah couple. Also Read: Assam Duo Made Anti-Viral Herbal Drink to Fight Against Coronavirus According to reports, Akash has also killed the couple for a few other reasons. The police mentioned that the late Nanigopal Boruah bought a plot of land in the name of accused Akash Choudhury, though he did not hand over the legal papers to him (Akash Choudhury). The complaint revealed that Nanigopal did not give up even after Akash requested for the legal papers. Moreover, Akash Chaudhary demanded a four-wheeler vehicle from Nanigopal, but he refused to buy him the same, due to which a heated up moment erupted between Akash and Late Nanigopal. It may be recalled that Akash Chaudhary did not reveal any information about the murder even after a period of police cross-examination. It was on scientific evidence that the police proceeded with the investigation.