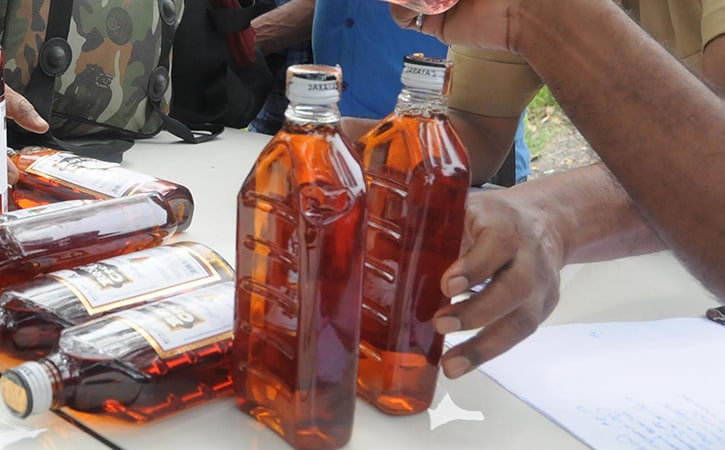 Digital Desk: A large amount of illicit liquor is seized in Majuli.

The illegal items were seized by Majuli District Administration, Majuli police, and Excise Department in a joint operation.

The police seized a total of 544 bottles of illegal liquor.

The bottles were recovered from a Maruti 800 bearing registration number AS 03 G7522.