Mizoram Minister Offers Cash Award of Rs. 1 Lakh for Having Most Children 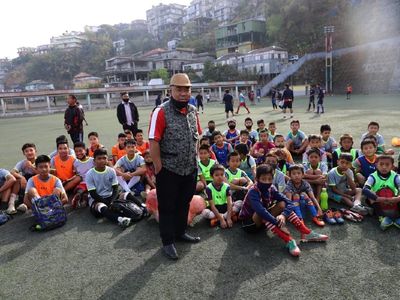 Aizawl: Mizoram minister on the occasion of Father’s Day has announced a cash incentive of ₹1 lakh to a parent with the highest number of children in his assembly constituency to encourage population growth among the demographically small Mizo communities.

Mizoram’s Sports, Youth Affairs and Tourism Minister Robert Romawia Royte, who was elected to the 40-member state Assembly from the Aizawl East-2 constituency, did not mention the minimum or a maximum number of children a parent must have to get the award.

Speaking to the media Royte said, “Mizoram’s population density of 52 persons per sq. km was much below the national average of 382. The infertility rate and the declining growth rate of the Mizo population have been a serious concern for many years.”

“So, I made the announcement on Father’s Day. The prize money will be sponsored by the North East Consultancy Services.”

The announcement came a week after the death of Zion-a-Chana, the leader of a polygamous Christian cult who had 39 wives and 94 children besides several grandchildren.

However, Royte is not the first leader of indigenous groups in the Northeast to declare a cash award to the couples or women with the most children, Meghalaya’s Khasi Hills Autonomous District Council had in January 2017 given Rs. 16,000 to Amelia Sohtun for giving birth to 17 children while Dorothia Kharbani and Philomena Sohlangpiaw were given Rs. 15,000 for bearing 15 children each.