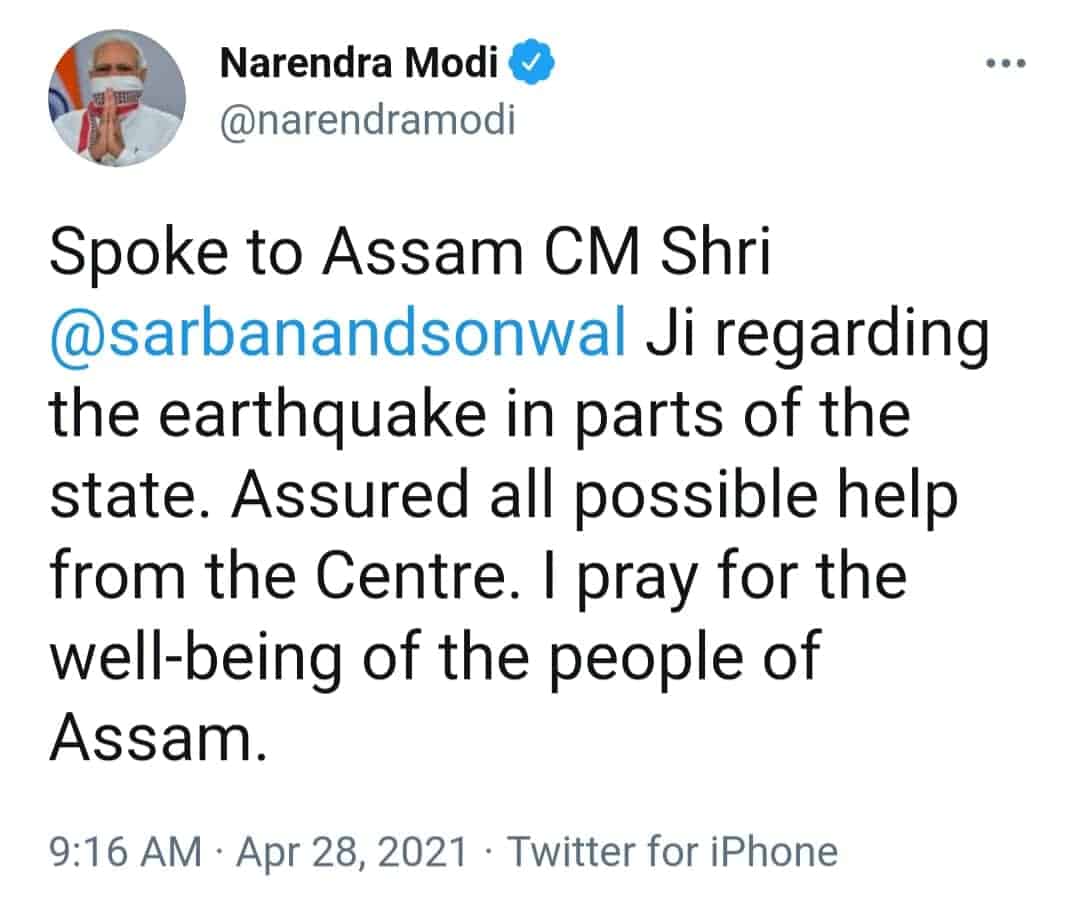 Guwahati/New Delhi: Assam woke up to a tremendous earthquake of magnitude 6.7 on Richter scale with the epicenter being Dhekiajuli in Sonitpur, Assam. People rushed out of their homes and workplaces as aftershocks were felt for some time.

Many places across Assam have reported of major damages with visuals of cracks on buildings to window panes breaking and landslides in few areas splashing on TV and social media.

Taking cognizance of the Assam earthquake and the damages caused due to the tremors, PM Modi tweeted about the same as well as assuring of Centre's help in whatever possible way. The Prime Minister called CM Sarbananda Sonowal taking stock of the situation.