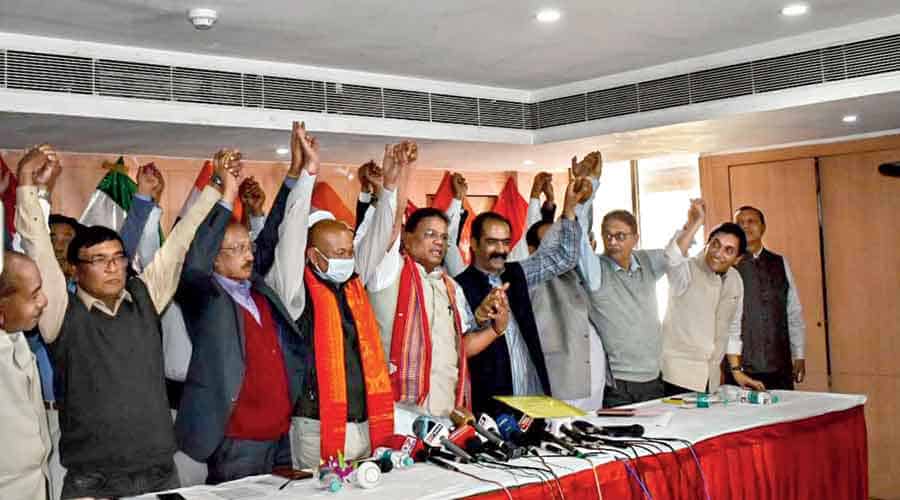 Guwahati: With less than a month for the formation of the new government in Assam, the Congress-led Mahajot is planning to send the candidates out of the state as safeguard measures.

According to reports the AIUDF, who is under the Grand Alliance has sent as many as 18 candidates including 3 sitting MLAs by a chartered plane ahead of the counting of votes to Rajasthan where they will visit the Ajmer Sharif.

As a preventive measure, the AIUDF candidates will be provided separate mobile phones so that they cannot be contacted by others and the talks are contained among party leaders, the sources said.

The Bodoland People’s Front (BPF) has already issued a notice to their candidates to attend a meeting in Kokrajhar at 3pm today. The report says BPF are planning to deport their candidates by today evening.

Meanwhile, according to the report the Congress is also gearing up to send its candidates outside the state. All these candidates are likely to return to the state on a May 2 — the day of the counting of votes.

After the conclusion of the polls, various reports are claiming that the competition between the incumbent BJP and the Congress-led Mahajot is neck to neck and no party is likely to get an absolute majority.

The polling for the three-phased Assam Assembly election 2021 was held on March 27, April 1 and April 6. All eyes on the counting day i.e, May 2 when the fates of the candidates and the political will be known.