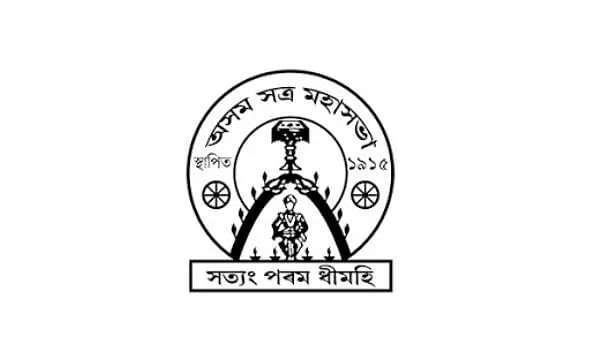 Digital Desk: The Assam Satra Mahasabha to knock the doors of the court over Assam-Meghalaya border settlement decisions taken by both governments (Assam & Meghalaya).

The Assam Satra Mahasabha on Saturday alleges that over 20 Namghars and  2 Satras will be forwarded to Meghalaya as per the border deal sealed between both states and the Satra authorities are not happy with the decision.

The General Secretary of Assam Satra Mahasabha, Kusum Kumar Mahanta informed the media that they will knock on the doors of Gauhati High Court in this regard.

Assam Satra Mahasabha or ASM is an umbrellas organization that is meant for the Vaishnavite monasteries in the state of Assam.

The authorities of Assam Satra Mahasabha along with GS Kusum Kumar Mahanta strongly oppose the decision taken by the state government as such decisions are unacceptable and void.

Moreover, he strongly raised his voice against the decision and said that the authorities won't allow the Namghars and Satras to be relocated in Meghalaya.

Also Read: Dog-loving Bidens have finally got a cat

The GS of ASM, Mahanta claimed that Satra is located in Longsai of Kamrup and Baberi Gosai Satra in Mohmorang and are the two satras that will be handed over to Meghalaya. At present all the 20 namghars and the two satras are in Boklapara which is a part of the West Guwahati Legislative constituency.

On the other hand, contrastingly, West Guwahati MLA Ramendra Narayan who is a member of Assam Gana Parishad informed the press that the ASM members received false information regarding the border settlement between two states.

According to the recent agreement, only 1 Namghar will go in the area of Meghalaya said the legislator. The regional committee had earlier held a meeting to discuss the issue with the locals of the area and as per the discussion, more than 70 percent of the locals agreed to be members of Meghalaya, he said.