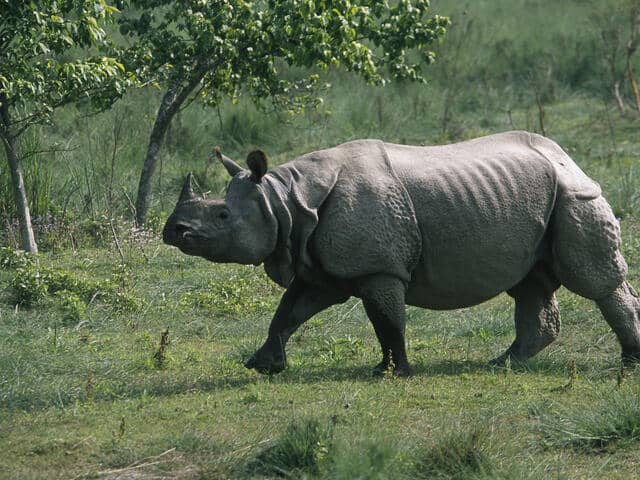 Lakhimpur: A 45-year-old man was killed after a one-horned rhino attacked him in a paddy field in Assam’s Lakhimpur district.

The deceased has been identified as Sunil Doley, stated locals of the region.

As per sources, Doley and his wife were in their paddy field cutting the crop when the Rhino attacked him.

He was quickly taken to the hospital, where doctors declared him dead on arrival.

Locals have surrounded the forest office and demanded proper measures for evacuating the rhinoceros from the area.

Also read: Fire breaks out at a district hospital in Maharashtra, around 10 COVID patients killed

One of the villagers stated that the Rhino is still roaming in the paddy fields and creating panic.

“Yesterday, one person named Sunil Doley was killed after the Rhino attacked him in the paddy field. Moreover, the Rhino has created panic among the villagers since last three days,” stated the villager.

“However, the forest department or local administration has not taken any steps to evacuate the animal from the region. People are now frightened. We request the administration to exercise proper actions immediately,” the villager appended.

As per reports, a one-horned rhinoceros entered the area three days after straying from the Kaziranga National Park and Tiger Reserve (KNPTR).

In January, a forest department personnel was killed in an attack by a rhino inside the Kaziranga National Park.

Share
Facebook
Twitter
WhatsApp
Previous articleFire breaks out at a district hospital in Maharashtra, around 10 COVID patients killed
Next articleKejriwal-led government to provide free ration till next year