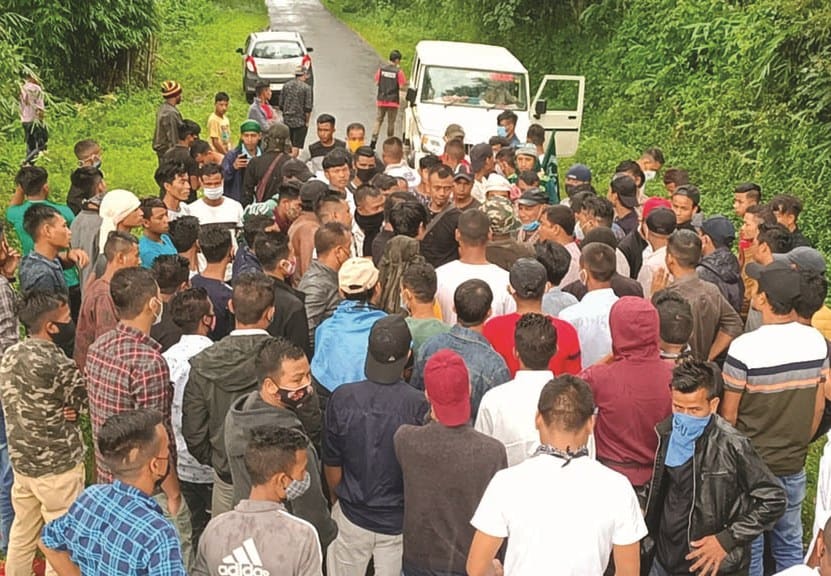 Nongpoh: Amid a crucial dispute between the Assam-Meghalaya border, the RI Bhoi villagers have alleged a new invasion of land by Assam.

The leaders of Pilangkata A and Pilangkata B villages in Ri Bhoi district are making the claims. They claimed that officials of Assam, along with media persons, carried a border survey in their villages. But, their claims were fervently denied by the locals.

The village leaders have claimed that media persons from Assam claimed that these parts of Pilangkata belong to Assam.

On the other hand, the district authority of Ri Bhoi district has been conducting interstate boundary surveys utilizing drones in coordination with their counterparts from Assam. This initiative takes place after the Chief minister-level discussions between Meghalaya and Assam.

On Tuesday, headmen of Pilangkata A and B, Well Kyndait and KR Marak, revealed strong opposition to the Assam government’s ‘encroachment tactics’ of managing the media.

“We have all the land records duly recorded at the office of the Deputy Commissioner of Ri Bhoi. Assam had surveyed in 1993-1994 and attempted to allege ownership of our land to which we firmly resisted,” the headmen stated.

They additionally said that Pilangkata comes under the supervision of Raid Marwet and Hima Mylliem. They have affirmed that they will not settle under any obligation and resolved to maintain the opposition.