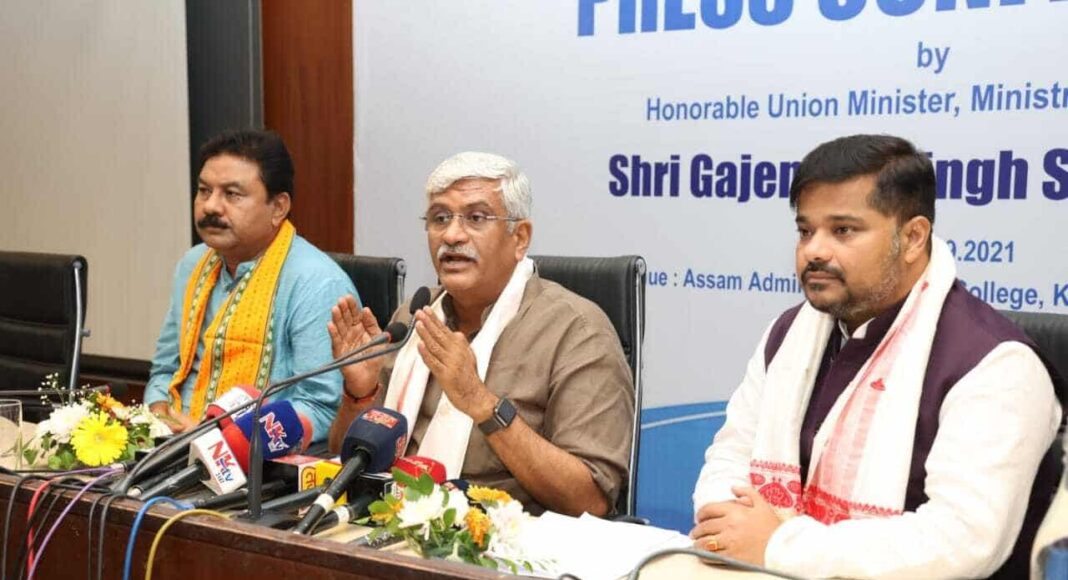 The conference was attended by Assam chief minister Dr. Himanta Biswa Sarma and Ministers-in-charge of the Public Health Engineering Department (PHED) from northeastern States along with senior officials from each State.

Addressing the conference, Union minister Shekhawat stated that the success of Jal Jeevan Mission depends on the dedication of all the employees of the department.

“This Mission will help to improve the quality of life and will enhance the ease of living of crores of people in the Northeastern region,” he said.

Talking about the implementation of the Jal Jeevan Mission in the country, the minister claimed that despite the Covid-19 pandemic and disruptions, the government has provided 4.87 crore new tap water connections in the last 22-23 months compared to 3.23 crore connections in 70 years after independence.

Further, Shekhawat informed that with the Centre’s undivided focus on the development of the northeastern region of the country, this year Rs. 9,800 crore has been allocated as a central grant for NE states under Jal Jeevan Mission.

“This allocation to provide tape water connections to households in NE states is expected to boost the development of the region,” he said.

As per Union Minister, this mission is not only a program to provide connections, as the primary aim of it is functionality and regular operation and maintenance to achieve assured water supply with quality, quantity, and regularity.

Reiterating Prime Minister Narendra Modi’s vision for the development of North Eastern States the Minister said that North East is progressing speedily than the other parts of the country.

Assam chief minister Himanta Biswa Sarma, in his speech, said that Jal Jeevan Mission is a very important scheme and Prime Minister Shri Narendra Modi is putting a lot of emphasis on providing clean drinking water to every household of this country.

“The vision of Prime Minister Narendra Modi to ensure potable tap water supply to every rural household and public institution under Jal Jeevan Mission is a big opportunity for the northeastern states and we are committed to achieve 100% coverage of the targeted households and public institutions within the stipulated time frame,” he said.

CM Sarma added that for implementation of Jal Jeevan Mission in the State Central government is providing all the required funds and assistance.

The topics that were discussed in today’s conference were planning, implementation and progress made so far as well as the way forward so that all remaining households in northeastern States get tap water connections at the earliest.

Share
Facebook
Twitter
WhatsApp
Previous articleHows the josh! Sarbananda Sonowal seen playing cricket after nine days of Majuli boat tragedy
Next articleKarimganj: Man burns down his own house after a quarrel with his wife

No political activities ahead of Bypolls: Election Commission

95 percent of people don’t use petrol hence not affected by hike in fuel price: UP Minister