S Somanath: All you need to know about the new ISRO chairman 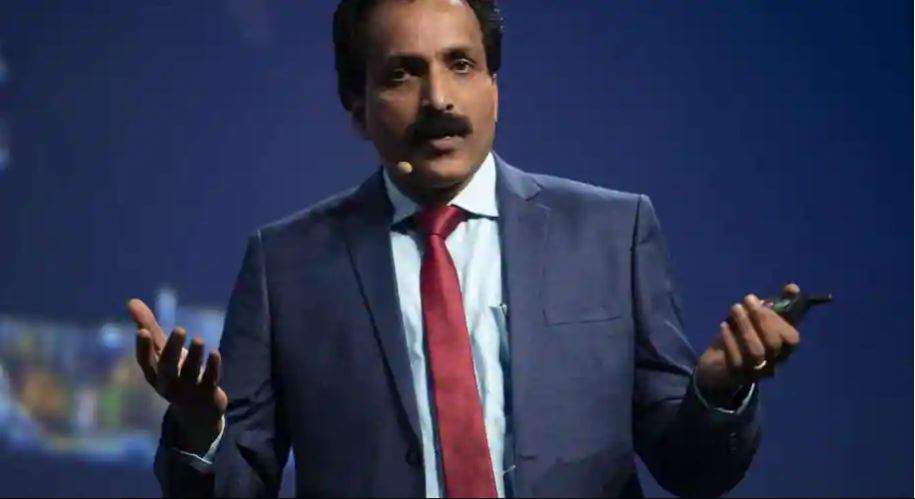 Digital Desk: A new name in the rising, and a new joining. S Somanath has been appointed as the new ISRO chairman, who will be replacing outgoing chief K Sivan. But first let us know who is S Somanath.

With eyes set on the sky and dreams combining the universe, a young engineer from Alappuzha (Alleppey) in India’s southern Kerala state, S Somanath joined two of his seniors at ISRO (Indian Space Research Organisation) in 1994, to fix a problem with a live Polar Satellite Launch Vehicle (PSLV) rocket that stood steady for launch.

It was during the final leg of the launch when a problem was detected in the rocket and the highly anticipated launch was put on hold.

The rocket was loaded with 200 tonnes of hazardous fuels and chemicals. Any mistake during the launch could lead to a hazardous tragedy.

The team of scientists even mulled plans to de-arm the rocket and drain out the fuel, a typical procedure during such cases. However, within minutes, the problem was resolved and the rocket performed exceedingly well – it was a textbook launch and the first-ever successful flight of the PSLV, which is regarded as India’s workhorse rocket.

Taking all risks, formulating procedures, calculative steps undertaken, that young scientist S Somanath is now the new ISRO chairman and the secretary of the Department of Space.

Also read : The world’s tiniest antenna measures just five nanometers! Do you know what it is made of?

A science enthusiast, right from the time he has pursuing his education in Malayalam medium, S Somanath’s father inculcated the thirst for scientific knowledge by feeding him with science books in both English and Malayalam medium languages.

S Somanath went on to do his B Tech in Mechanical Engineering, during which he developed a deep interest in the cosmos, the space.

Since college, the science enthusiast had been eyeing for the space. He even requested his professor to teach him a course on propulsion –a specific subject in rocketry that is not taught as part of engineering. Interestingly, the faculty listened to this young engineer’s request and agreed to teach him.

So Somanath got the calling for the years he dedicated for expanding his scientific hunger. During the final years in college, S Somanath applied for a job at the ISRO to join the fledging PSLV, and since then, there was no looking back.

Rising up the ranks, S Somanath joined GSLV MkIII Project in 2003 and was the deputy project director responsible for the overall design and integration of India’s heaviest and most powerful rocket.

Previously, the new ISRO chairman was the project director of GSLV Mk-III from June 2010 to 2014. An expert in the area of system engineering of launch vehicles, S Somanath contributed immensely for the development of PSLV and GSLV MkIII programmes in their overall architecture, propulsion stages design, structural and structural dynamics designs, separation systems, vehicle integration etc.

Also read : SC: Any material demand by in-laws to be considered “Dowry”

He is credited for leading 15 successful satellite missions accomplished with the propulsion systems supplied from LPSC.

He is also credited with driving the developmental activities of the high-thrust semi-cryogenic engine, throttleable engines for Chandrayaan-2 moon lander, the successful flight of electric propulsion system in GSAT-9, among others.

He will serve as Chairman ISRO and Secretary, Department of Space for a tenure of three years.

Samyukt Kisan Morcha to Observe “Day of Betrayal” on January 31