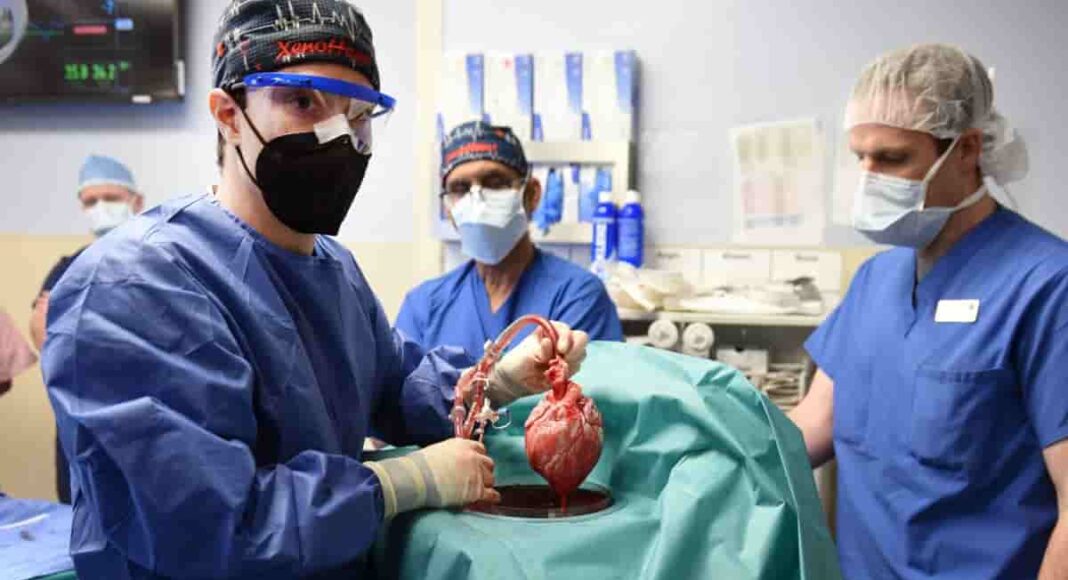 Digital Desk : In a first, a 57-year-old man was operated upon by surgeons for a life-threatening heart disease. The man then received a pig’s heart from a genetically modified pig, a groundbreaking procedure that offers hope to thousands of patients with failing organs.

It is the first ever successful procedure of a pig’s heart being transplanted into a human being. The operation took 8 hours in Baltimore on Friday. The patient has been identified as David Bennett Dr. of Maryland, who is recuperating well from the operation, according to surgeons at the University of Maryland Medical Center.

Also read : Telepathic Brain Chip to be implanted in a human by Elon Musk’s Neuralink Technology

“It creates the pulse, it creates the pressure, it is his heart,” said Dr. Barley Griffith, the director of the cardiac transplant program at the medical center, who performed the operation.

“It’s working and it looks normal. We are thrilled, but we don’t what tomorrow will bring us. This has never been done before,” added Dr. Griffith.

Organ transplantation using animal organs has been under review, research among the medical fraternity who are trying to help lakhs of people around the globe to lead a healthy and sound life.

With an acute shortage of organs, organ transplantation using genetically modified animals might help decrease the gap and valuable time to save a life in need of an urgent organ.

Scientists have worked feverishly to develop pigs whose organs would not be rejected by the human body, research accelerated in the past decade by new gene editing and cloning technologies. The heart transplant comes just months after surgeons in New York successfully attached the kidney of a genetically engineered pig to a brain-dead person.

Researchers hope procedures like this will usher in a new era in medicine in the future when replacement organs are no longer in short supply for the more than half a million Americans who are waiting for kidneys and other organs.