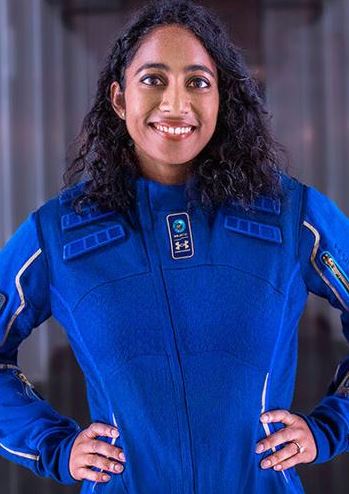 Thirty-one-year-old Sirisha Bandla will be the first of Telugu origin and the second Indian-born person to go to space. The aerospace engineer with her roots in Andhra’s Tenali is part of the Virgin Galactic’s crew that will fly into space on July 11 from New Mexico.

Sirisha will be the fourth person of Indian origin to fly into space after Rakesh Sharma, Kalpana Chawla, and Sunita Williams.

Virgin Galactic is an American private space agency that will launch its spacecraft ‘Unity 22’ next weekend as part of the test flight. Four mission scientists, including the founder of Virgin Galactic, Richard Branson, will evaluate the experience of the Virgin Galactic Astronaut.

Branson will be accompanied by Sirisha, Beth Moses, and Colin Bennett. Sirisha, who is the Vice President of Government Affairs and Research Operations at Virgin Galactic, will be evaluating the human-tended research experience, using an experiment from the University of Florida.

Sharing the exciting news, Sirisha tweeted, “I am so incredibly honored to be a part of the amazing crew of #Unity22, and to be a part of a company whose mission is to make space available to all.”

KC Chekuri, from Dallas reportedly a family friend of Bandlas was quoted as saying, “It’s a proud moment for all the Telugus across the world and an inspiration for generations.”

More than 20 lakh Indian Accounts, blocked on WhatsApp; between May 15 – June 15

Gizmore Co-founder, Manish Gupta says, we foresee ourselves as one of the top-3 brands in the industry