Exclusive: E-commerce platform, The Souled Store aims to be the biggest youth lifestyle brand in Ind 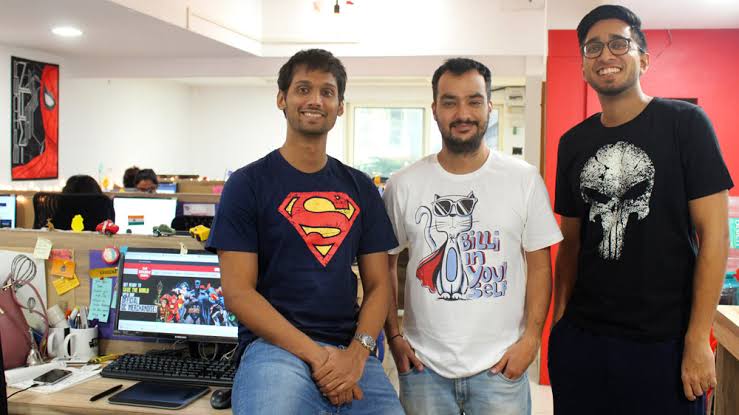 India's one of the most popular pop-culture brand, The Souled Store targets their ultimate goal to be the biggest E-commerce platform in India.

One of the most demanded and India's leading one stop e-commerce clothing store, The Souled Store was founded by three musketeers in June 2013, with just a cupboard full of t-shirts.

The engineer trio, being true nerds who loved TV shows, comics, and everything pop culture, they realized that there wasn’t any outlet for buying quality merchandise for fans in the country and if it was available then either it was quiet expensive or a fake Chinese material which used to be sold at negligible price.

Today The Souled Store has been around for nine-years and in the world of sports merchandise E-Commerce business, where we live in such a big sporting nation they are the forefront. From most famous Cricketing premier event in India IPL's team Chennai Super Kings to Rajasthan Royals and Mumbai Indians, or from India's Football most premier event ISL's team Mumbai City FC to ATK Challengers FC they are prominently providing fans the most attractive and bling official or fan merchandises.

Then whether it is Pro Kabaddi League or Premier Badminton League, also Big Bout Boxing league, The Souled Store Sports Merchandise has overshadowed in online world. Recently, The Souled Store has also brought EPL's(English Premier League) one of the top football team, Liverpool FC official fan merchandise in association with them to India.

In the coming three years the company is eyeing the brand value at 1000 crore.

one of the coordinator from The Souled Store spoke with Prag News in an exclusive interview and disclosed their aims, also talked about their recent endorsements .

Here are the excerpts from the interview:

Vishal Sharma: When and why this idea came to your mind to start an e-commerce platform? Is it because you wanted a one-stop online shop mainly for sports official merchandise or your brand too?

• We’ve grown up watching movies, TV shows, cartoons, and comic books. We’re truly fans of what we sell and so is our team. When you buy a product from TSS, you’re buying a design thought of and designed by a true fan, with their heart and ‘soul’.

• When we began in 2013, official merchandise wasn’t something that was available in India. If you wanted a Batman tee, you either had to ask someone to get it from abroad for Rs. 2000, or you could get a fake one from the streets for Rs. 200. There wasn’t anything available that legitimate and affordable. Enter, The Souled Store.

VS: What does SouledStore offer to sports lovers?

VS: You are now the official Liverpool FC merchandise sales partners. How does it feel to have tied-up with such a big prominent club. Also, What offerings you would provide exclusively?

VS: I found that, the app in a short span of time has over 1 million plus downloads. What is the realistic target and what will you be offering to the new audience.

TSS: The app has seen tremendous growth since last year when we launched it in March 2020. Our customers have been waiting for an app since a long time which is why it has reached 1mn downloads in a short span of time.
By the end of this year, our aim is to have 3mn app downloads.

VS: In a statement, you have mentioned about your three Souled Store offline stores, would you be re-focusing on them? Would you like to reveal any new one?

TSS: Our offline stores have always been focus, even during the lockdown. We even opened our store in Colaba, Mumbai in the middle of last year. Offline stores are a very much part of our strategy as we aim to reach customers through this medium as well. Eventually, we want our offline customers to come to our website and app and be part of the ecosystem.Yes, we do have a new one opening soon. Our next store is going to be opening at Lower Parel, Mumbai in the next 2 months.

VS: Do you have any of your own manufacturing base(unit) in India, where the production is also been done?

TSS: Yes, we have an in-house manufacturing unit in the outskirts at Bhiwandi which is on the outskirts of Mumbai which has been operational since the past 2 years.

VS: Any endorsements or collaborations which you would like to reveal through media?

VS: What's your ultimate goal with your brand SouledStore?