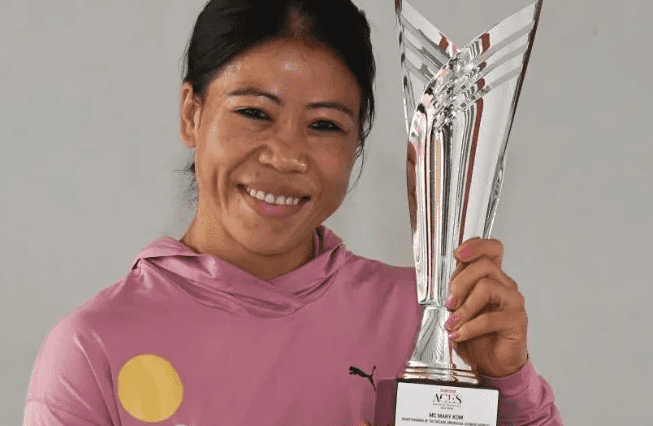 Imphal: An inspiration to many including working mothers, six-time world champion MC Mary Kom has been named Sportswoman of the Decade (individual Olympic Sports) at the 2021 Sportstar Aces Awards for her remarkable accomplishments in women’s boxing which include an Olympic medal.

Also read: Another Lockdown: Centre to call upon a meeting with representatives of 11 states as covid case surge

The world champion showed her expressed gratitude for the award by stating, “I am happy to have received this award and to have won it. I’d like to express my gratitude to the jury members as well as anyone who helped me win this honour. In the future, I want to achieve more success in tournaments. This award has given me a lot of inspiration, and I’ hoping to win a gold medal for India in the upcoming Olympics.”