Hero I League outfit Sudeva Delhi FC have begun pre-season training in Delhi from the October 8 under Coach Chencho Dorji. In adherence to all league guidelines and taking necessary prerequisites of this pandemic period, the Sudeva Delhi FC players will be training at their home ground located at civil lines New Delhi.

“As a club, we (Sudeva Delhi Football club) are very proud of our Youth setup. Nurturing future stars, who will go on to bring numerous laurels to the country and not just to the club has always been the focus of SDFC. We are determined to provide talented quality youngsters a platform to showcase their skills to the Indian Footballing Community. Sudeva Delhi FC has been successful in achieving 8 Emerging talents from there residential program. This is proof of the commitment the club has towards the growth and development of Indian football.

I wish them all our boys the very best, to make use of this great opportunity, fight for their rightful place and show
that they are ready to play at the top level when.”, said Anuj Gupta, President of Sudeva Delhi Football Club. 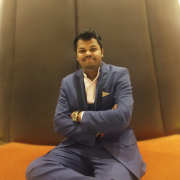 Vishal Sharma is a Delhi based sports journalist. An enthusiast who loves to travel and explore things around. He analysis sports and observe in-depth manner. He is a news and features writer on several online publications. His life is all around sports. Some of his hobbies are blogging, singing, research, travelling and meet geeks. He is a Wikipedian too.

Ivan Gonzalez: Psychological training, a must for the long heave

Ultimate Table Tennis postponed to 2021 due to COVID-19 pandemic

“Nothing can be more shameful for us than people of West Bengal taking shelter in other States – Assam,” Governor of WB

CM Kejriwal: Free Education and Financial Assistance for children who lost parents due to Covid-19