Taliban, Afghan politicians agree on war not a resolution, call for cordial talks 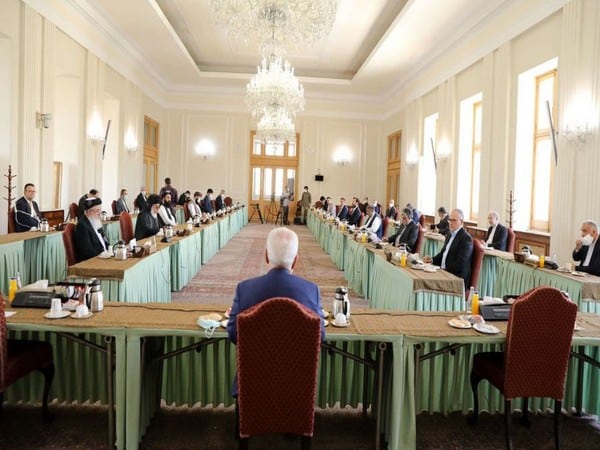 Tehran: Both Afghan and Taliban call for a friendly talk upon understanding that war is not a solution concerning Afghan issues.

They are into a cordial talk for discussing long-lasting mechanisms to impose peace between both the parties.

On Wednesday, it was agreed upon through a confrontation between Taliban and Afghan politicians in Iran where a joint statement with six sections was signed, ToloNews stated.

Both parties also agreed to continue discussions in a “cordial atmosphere” on problems that require additional discussion and transparency, such as building a mechanism for the transformation from war to an enduring alliance and the accepted Islamic practice and whereby to perform it.

The two parties denounced attacks targeting “people’s homes, schools, mosques, and hospitals, causing civilian casualties,” including firmly denounced the loss of public buildings and requested for the perpetrators to be punished, it stated.

“Honored to be the host of cordial and substantive dialogue between senior Afghan reps. As foreign forces leave Afghanistan, no impediment remains for Afghans of all political stripes to chart a peaceful and prosperous future for the next generation. Iran stands with our Afghan brethren,” he tweeted.

The intensity has intensified in Afghanistan as foreign troops are departing from the war-torn nation.

There is a concern about full-blown civil war as the Taliban walked forth and seized control of various districts in the country’s north. At the same time, Afghan troops countered and originated a counter-offensive upon the Taliban.

Much Afghan defense personnel lately went across the Tajik-Afghan frontier in response to Taliban rises in northern Afghanistan.