Sydney: The chief executive of Cricket Australia (CA), Nick Hockley, has announced that Team India cricketers and staff will most likely be asked to undergo two weeks of quarantine at Adelaide Oval before the four-match Test series.

As per the recent reports of ESPNCricinfo, this scenario will also bring the Adelaide Oval and its newly constructed hotel firmly into view as the sort of biosecure bubble.

“The two-week quarantine is pretty well-defined. What we are working on is making sure that even within that quarantine environment, the players have got the absolute best training facilities, so that their preparation for the matches is as optimal as it can possibly be,” ESPNCricinfo quoted Hockey as saying.

India and Australia are set to take on each other in a four-match Test series, scheduled to start from December 4 at Brisbane.

Also read: Government warns against use of N-95 masks with valved respirators

Hockley further claimed that an exacting standard of bio-security and testing will also be practised before the series kicks off as the coronavirus cases are on the rise in the subcontinent.

Hornbill Festival likely to be cancelled this year

Hardik Pandya in Dismay? Won’t be considered for Test Cricket 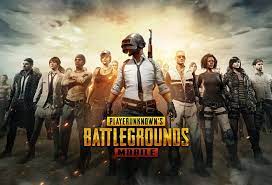