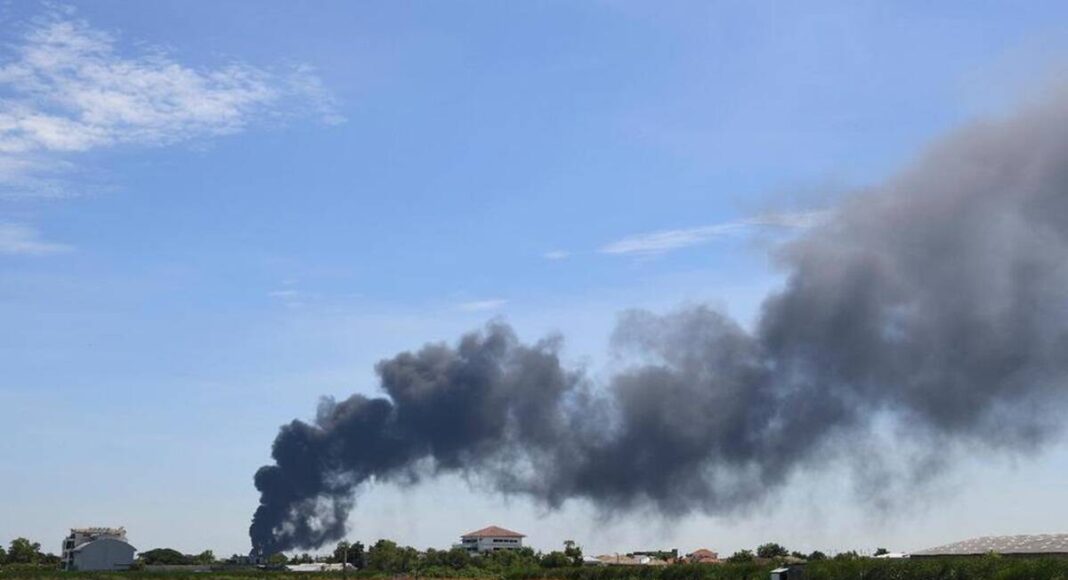 Bangkok: A huge blast at a factory on the outskirts of Bangkok early Monday shook an airport terminal serving Thailand’s capital, including assisting residents from the area to vacate.

The blaze busted out early in the morning at foam and synthetic pallet production factory in a south-eastern area of Bangkok near Suvarnabhumi Airport.

The photos displayed nearby houses with their glasses blown out and remains in the streets.

As per reports, the firefighters were still struggling to hold the blaze hours following, and officials directed the removal of the area amid concerns that thousands of liters (tuns) of oozing compounds may cause added blasts.

So far, no direct word on what might have caused the blast is out. There is no news of casualties so far. Investigations are on for further updates.