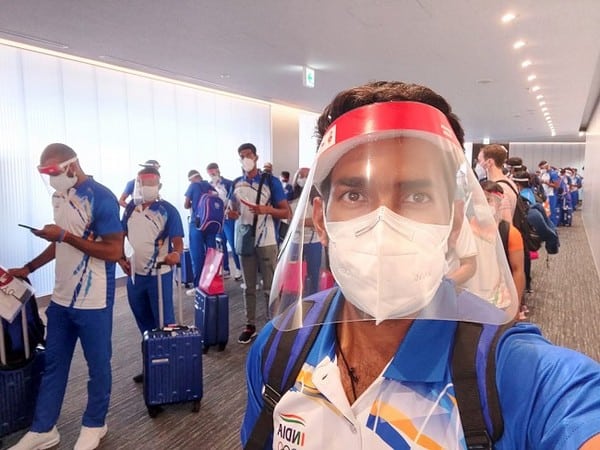 Tokyo: A team of 88 members Indian contingent including 54 players landed in Tokyo on Sunday for the forthcoming Olympic Games which gets started from July 23.

Sports Authority of India (SAI) shared a video blabbing regarding the appearance of the Olympic contingent for the Tokyo Games. Including 127 players, Tokyo Olympics will be India’s highest ever playing contingent.

“Our contingent has safely landed in Tokyo. Here’s a peek from their arrival at the airport. #Hockey #Cheer4India,” SAIMedia tweeted.

To guarantee the security of athletes, entry into the competition was only approved by dignitaries and other executives who had a negative COVID test report.

Union Minister for Youth Affairs and Sports Anurag Thakur stated, “When you go to represent the country at the Olympics, it is not just an important moment for you but for the whole country. This has been possible because of your discipline, determination, and dedication and that is why you are here representing Team India.”

Tokyo Olympics 2020 will commence on July 23 and the games will operate up to August 8 this year.