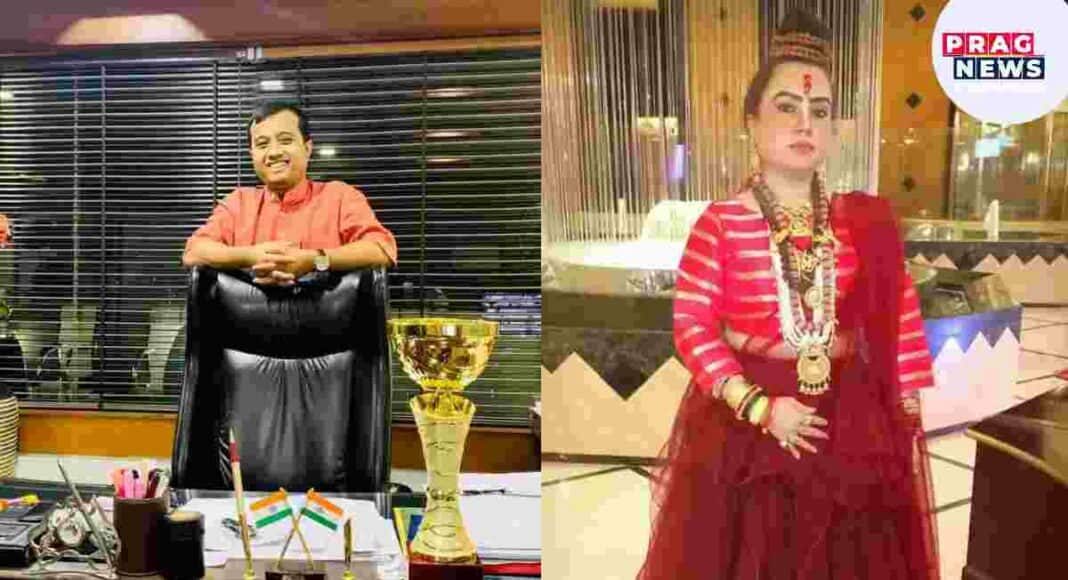 Guwahati: As a senior official of the Central Government till a day ago, Mridupaban Neog’s luxurious life and elite ideology became the center of the talk. He shared his success by circulating pictures of luxury cars, luxurious life on social media. Not only that, but Mridupaban also took pictures with various powerful and popular people in the country and took care to spread his influence. This young man, who is generally entitled to enviable success with wealth and luxury, is now in real identity. The fact that the man who has been deceiving people that he has climbed to the pinnacle of success for so long is a fraud is now shocking everyone.

It is not easy to identify such a well-dressed fraudster, but who always knows the same clever, the same happens to him. His true nature came to light after Nagaon police arrived in Guwahati following a case registered against him in Nagaon. The fraudster is on the run after leaving his luxury flat in Kahilipara. Then it is as if snakes have started appearing while in search of earthworms.

He looted Rs 30 lac from a company in Nagaon in the name of selling luxury cars has now started coming to light. The other members of his family have also come to light with amazing skullduggery.

Recently, it has come to light that not only Mridupaban but also his father, mother, brother, and sister are also accused of cheating cases. His elder sister Atlanta Kashyap aka Mrinalini Neog, is an established astrologer in Mumbai. But the story of her astrology journey is also not so straightforward. Behind this is a black chapter of crookedness; Mridupaban’s sister was very close to a top-level police officer. She was in a flat given by the police officer in Guwahati. Mrinalini Neog was arrested for allegedly running a women trafficking racket in Goa. After that, she became an astrologer.

At present, she is practicing astrology in Mumbai by renaming herself Atlanta Kashyap. Mridupawan’s brother ‘jahnu’ had been in jail for a long time. It was through Atlanta Kashyap that Mridupawan established contacts with union ministers and leaders.

Meanwhile, Bokajan’s fraudster, claiming to be a consultant to the Home Department of the Government of India, is matriculation fail thug. Dishonesty, deceptions are his profession. He cheated many people and built mountains of property. He collected money from various people in the name of giving jobs. He took to social media to promote pictures of his luxurious life. Meanwhile, the city police have registered a case against Mridupavan.

A case has been registered against Mridupavan under Sections 225/21 and IT section 419/66 at Mahila Police Station in Panbazar.