The New Cabinet of PM Modi has 42% Ministers with Criminal Cases: ADR report 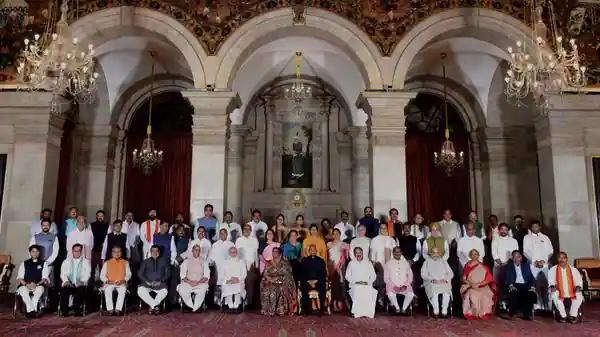 Modi Cabinet 2.0: 42% of the reshuffled cabinet have been declared criminal cases against themselves, as per the report by the Association for Democratic Reforms poll rights group. Of the 78 ministers in Prime Minister Narendra Modi’s Union cabinet following the mega reshuffle earlier this week, at least 42% have declared criminal cases against them, out of which, four have cases related to murder attempts, the report showed.

Prime Minister Narendra Modi allocated portfolios to the newly-inducted lawmakers, a total of 15 ministers were inducted into the cabinet, while 28 lawmakers were given Union minister of state berths. Thereby, the total number of members in the Prime Minister’s council of ministers now stands at 78.

Moreover, around 90% of members of the new Union cabinet, 70 ministers are millionaires, i.e. they have declared total assets amounting to over ₹10 million (one crore), the ADR report pointed out. The average worth of assets per minister has been found to be around ₹16.24 crore, the report noted. Four ministers Jyotiraditya Scindia (over ₹379 crores), Piyush Goyal (over ₹95 crores), Narayan Rane (over ₹87 crores), and Rajeev Chandrasekhar (over ₹64 crores) — have been categorized as ‘high asset ministers’, which means they have declared assets worth more than ₹50 crores.

Northeastern states to be demarcated through Satellite Imaging, to settle the Inter-State Border Dispute, Reports

Saturn will come Closest to Earth on August 2

Chief Minister Pinarayi Vijayan to launch Sahajeevanam for the differently-abled