Things Between Assam CM and Akhil Gogoi heat up again as Akhil Gogoi says: “You have some Gondugul” to Assam CM 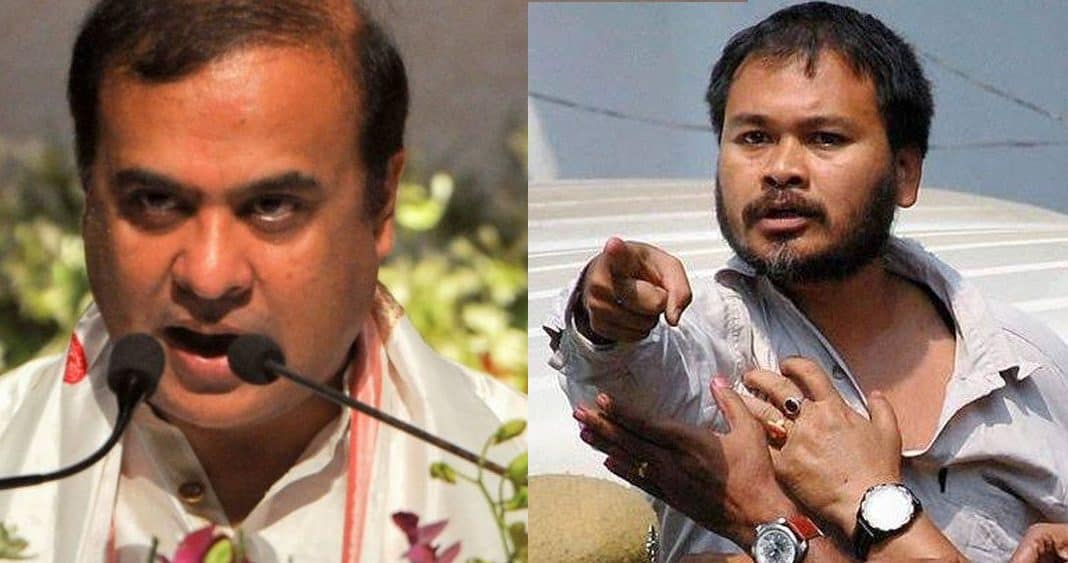 Guwahati: The long ongoing conflict doesn’t seem like slowing down as things between Akhil Gogoi and Assam CM Himanta Biswa Sarma heat up again as they both take a dig at each other at the Assam Legislative Assembly on Wednesday.

During the session, Akhil Gogoi said that the Public Works Department takes two percent illegal commission for every work. It is to be mentioned that Assam CM also holds the portfolio of PWD Minister.

Sarma countered his allegations and mocked Gogoi by saying “I don’t have the audacity to say that I am the most honest person in Assam politics.”

Akhil Gogoi called himself the most honest politician and denied all allegations when AIUDF alleged him of demanding Rs 10cr to join the Congress led-alliance.

Soon after his statement, the BJP legislators who were already fired up on Gogoi asked Gogoi to take back his statement and never repeat it again. Sarma on the other has was calm and cool and with a smiling face told Gogoi, “One day we will talk in front of all Gauhati Medical College & Hospital staff and they will confirm who is what.”

BJP legislators are teased Gogoi saying he is Mamata Banerjee’s advocate as he decided to extended his support towards her and also said he wants to see Mamata Banerjee as the next Prime Minister Of India.

Share
Facebook
Twitter
WhatsApp
Previous articleS.Korean company Sunjin seeks to establish a livestock feed plant in Assam
Next articleFirst, in 40 years, ULFA-I not to call for bandh on Independence Day