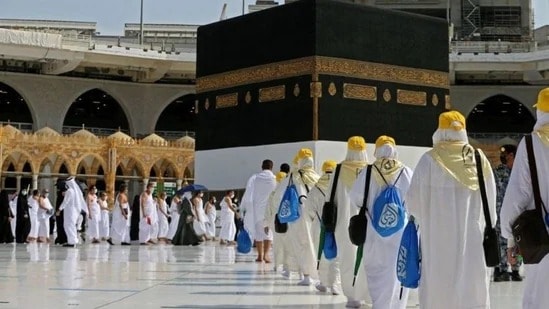 On Sunday, vaccinated Muslim pilgrims gathered in Saudi Arabia for the annual Hajj pilgrimage. This year the country has barred worshippers from abroad and also restricted entry from inside the kingdom due to the pandemic. The country has allowed only 60,000 people to come for Hajj this year and only allowed pilgrims aged 18 to 65 who have been fully vaccinated or immunized against the virus and do not suffer from chronic diseases. Robots are being used to disinfect surfaces in the Grand Mosque in Mecca and its courtyard.

Saudi citizens and residents performed the rite, a once-in-a-lifetime duty for every Muslim. The devotees have been appealed to follow the rules of social distancing and wear masks this year.

At the entrances to the Grand Mosque, thermal cameras have also been installed to monitor people’s temperatures. Around 3,000 electric carts have been provided for pilgrims, who also wear electronic identification bracelets connected to GPS.

Saudi Arabia, which last year allowed a few thousand to perform the Hajj, is home to Islam’s holiest sites in Mecca and Medina. This year, around 500 health volunteers are available to offer medical assistance and 62 screens have been installed to broadcast awareness messages in different languages.

In the year 2019, the Hajj pilgrimage, one of the biggest religious rituals in the world, was attended by about 25 lakh people. This year, to ensure social distancing guidelines, every three hours, 6,000 people are allowed to perform tawaaf, where devotees circle around the Kaaba.

Meet Anil Menon, India-Origin Astronaut selected by NASA for its Next Mission