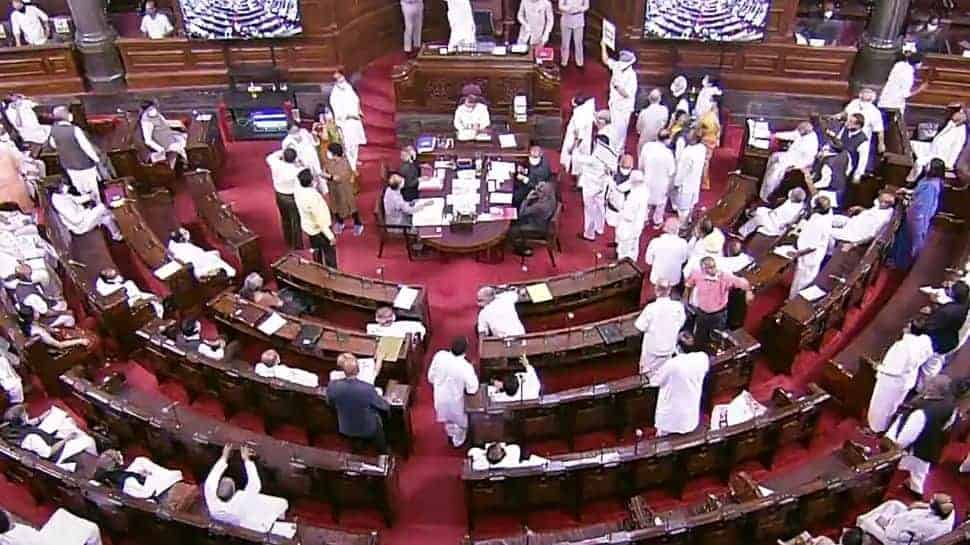 Santanu Sen, a member of the Trinamool Congress (TMC) was on Friday suspended from Rajya Sabha for the remainder of the Monsoon Session for “unruly and unbecoming behavior” a day after he snatched papers from information technology minister Ashwani Vaishnaw while he was reading a statement on the alleged use of Israeli software Pegasus to potentially target politicians, activists, and journalists.

Union minister V Muraleedharan moved a motion for Sen’s suspension even as TMC’s chief whip Sukhendu Sekhar Roy objected, saying it was not on the list of business of the House. Roy said TMC was given no time to prepare.

Sen snatched the papers from the minister, tore them, and flung them in the air amid a heated exchange with Union minister Hardeep Singh Puri. The TMC alleged that Puri abused Sen and complained to Rajya Sabha deputy chairman Harivansh. Sen said he was surrounded and threatened.

Harivansh asked the members to desist from unparliamentarily behavior, before adjourning the House for the day on Thursday. The government sought Sen’s suspension under Rule 256 (2). The rule says a lawmaker, who “disregards the authority of the Chair or abuses the rules of the Council” through “wilful” disruptions can be suspended from the House for up to the remainder of the parliamentary session if the Rajya Sabha chairman “deems it necessary”. Once the motion is moved, there can be no debate or adjournment allowed, the rule says. Last year, the same rule was applied to suspend eight opposition members from Rajya Sabha for a week after their protests against the farm laws.