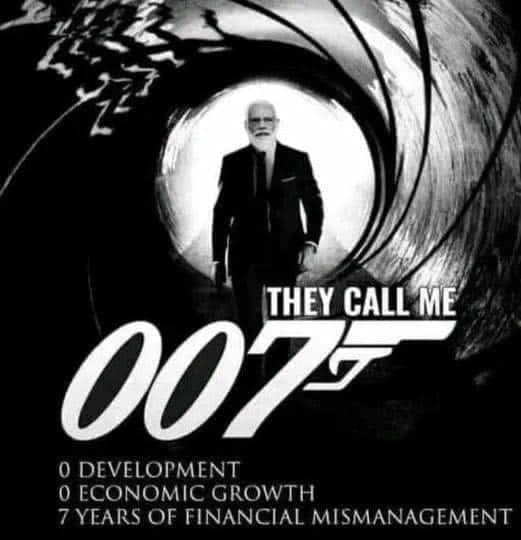 A meme posted on Facebook by senior TMC leader Derek O’Brien shows PM Modi, in a black suit, posing the legendary ‘Bond Pose’ with a caption ‘They call me 007, 0 development, 0 Economic Growth, 7 years of financial mismanagement.’

In the famous movie, James Bond has the number ’00’ because he is an agent with the license to kill and the seventh agent to win this title.

The TMC used the number ’00’ to target Modi over its calls’ Zero development and growth in seven years.’

Netizens filled with comments with a common response of laughter emoji in the viral post.

However, till now, there has been no response from the BJP side.